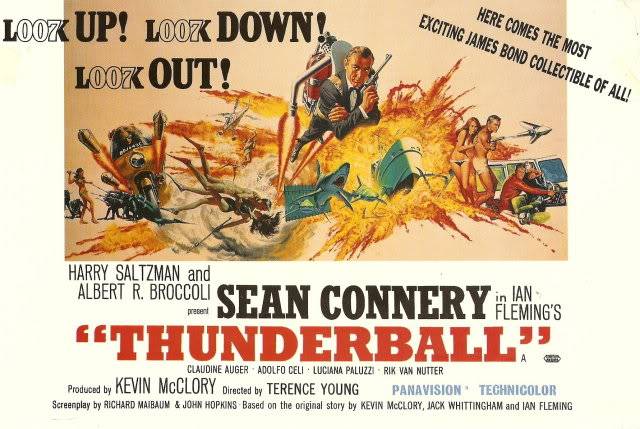 BOND #4: And He Strikes...
CLAUDINE AUGER is Domino

PHILIP LOCKE is Vargas
BERNARD LEE is M * LOIS MAXWELL is Moneypenny * DESMOND LLEWELYN is Q
- - The Director is TERENCE YOUNG - - - The Film is... THUNDERBALL 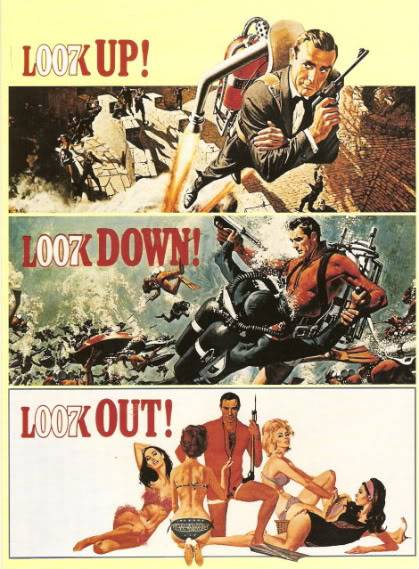 MASTER PLAN: blackmail NATO for 100 million pounds after stealing two nuclear warheads. This was SPECTRE at its ultimate. No messing around anymore. It was also, in many ways, Bond at his ultimate: Bond mania had reached its peak around this time, with this film building on the amazing popularity established by Goldfinger, and, at such a pinnacle, there was nowhere to go but down. We need to realize that, adjusted for today's dollars, these Bond films (Goldfinger and Thunderball) were as financially successful as the recent "Pirates of the Caribbean" movies, truly the biggest films of the year back then.
The teaser in this one, taking place in France, contains an energetic fight and the now-famous jet pack flier, an extension of Bond's growing preoccupation with gadgetry. Tom Jones sings over the credits, a male version of Bassey's Goldfinger song. Like in Goldfinger, Bond begins this adventure while off duty, at some health spa, but he manages to have a peripheral connection to SPECTRE's latest plot while there anyway (Bond seems to have a knack for being in the right place at the wrong time, or something). There's a particularly sensuous scene during this sequence with an on-site nurse/masseur, Bond's latest female conquest. 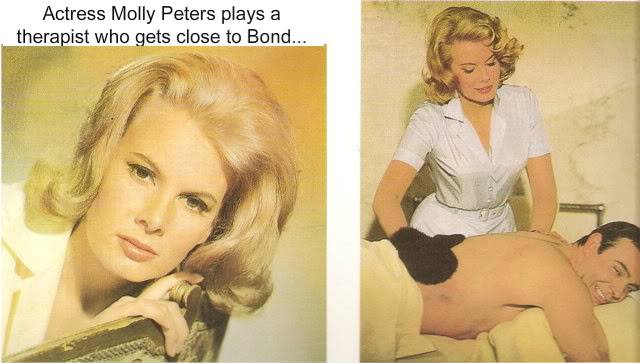 This film retains the sense of absurdity always frittering away at the edges of a Bond story, probably to the delight of the audience. Take, for example, the early attempt to kill Bond at the spa, using one of the stretching machines to which he is tied to; now, would an exercise machine really have a lever setting which could kill the person on it, with no way for the person to free himself? I don't think there would be much sales of such a machine, except to such sadists as employed by SPECTRE.

Speaking of this organization, this is where its framework was expanded to a more grand scale: Blofeld is seen once again, only from the neck down, with his cat (following From Russia With Love), this time presiding over a complete group of top level dastards, numbering #2 on up (Largo, the chief villain of this story, is no.2). In a neat parallel, we later see the same set up on the side of the good guys, with Bond taking a seat among all the double-0 agents, his one-on-one meeting with M delayed due to this special group briefing. This lent a new scale to the Bond adventure; the filmmakers seem to be telling us that it's all bigger, grander - a Bond to surpass what came before and maybe what was to be.

These are the better scenes, as is Bond's flirting with Moneypenny, who looks extra attractive in this one. We don't see Q until later, since he has to dispense his gadgets and commentary out in the field - a slight deviation, but it would be repeated in later films. 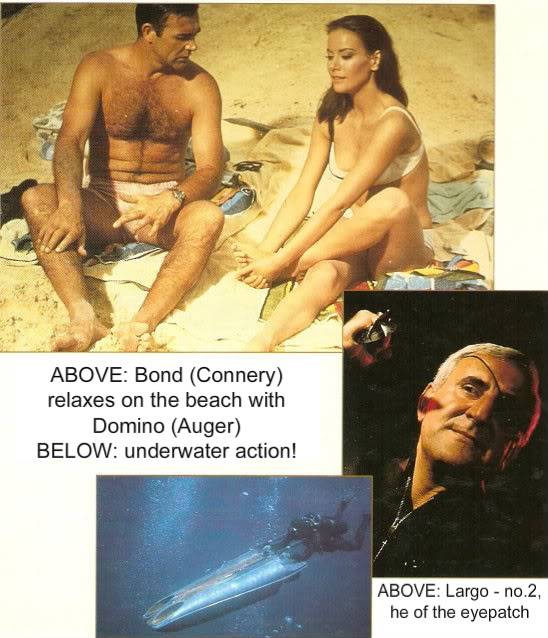 Bond's mission takes him primarily to the Bahamas (M was going to send him to Canada, but Bond convinced him otherwise). This allows for some great, picturesque scenery and glorious photography - this may very well be the best-looking Bonder. It also entailed a lot of underwater photography which, while usually attractive, slows everything down; no one can escape the fact that any scenes taking place underwater take twice as long to get through in comparison to those on land - it's all in slow motion and there's just so much one can do with editing. I'm not referring to the climactic battle which, if at least seen in widescreen DVD or Laserdisc, on a big screen, can be exciting (the muddy TV broadcast versions are just no go).

But, there are just too many underwater sequences throughout, including Bond poking around underneath a boat at night and even one in a swimming pool, with the sharks (the shark motif was recurring here, copied in later Bond films, a weirdly fantastic method of the villain). 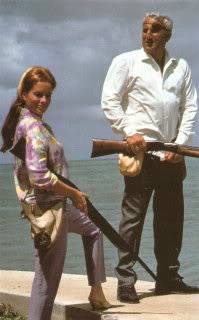 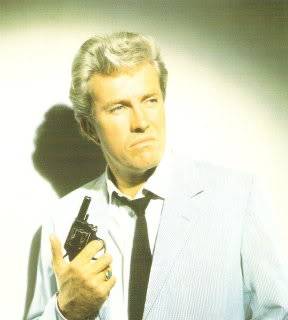 Largo can be dangerous in that crude old-style gangster manner, complete with an eye-patch to suggest modern pirates, but supreme agent Bond seems to know from the outset that he'll be dealt with in customary, simplistic-brutal fashion; there doesn't really seem to be a great threat. The henchman, Vargas, is little more than a cypher, not very imposing and with little to do. More interesting is the female villain, Volpe (a replacement for SPECTRE#3 Klebb, of From Russia With Love fame), but she doesn't have too much screen time. CIA liaison Leiter was modeled somewhat on actor Jack Lord's version in Dr. No, but with less presence. There's some unusual editing techniques for the sixties, lending a hyper-kinetic feel to some of the action scenes, as if to compensate for all the underwater footage. 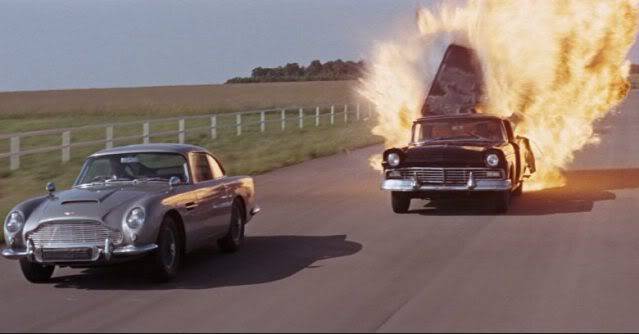 Connery retained much of his edge in this one; if only he had greater foes to go up against. This was remade with a much older Connery as Never Say Never Again in 1983; but, Bond would be back in You Only Live Twice. 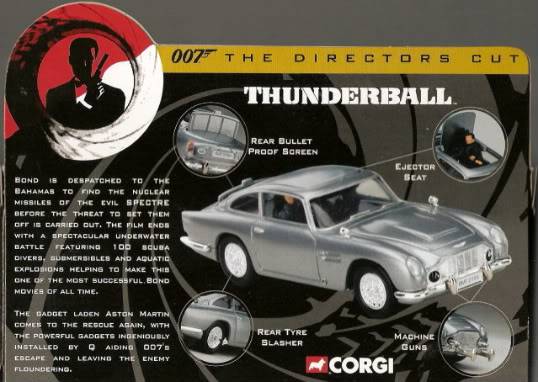