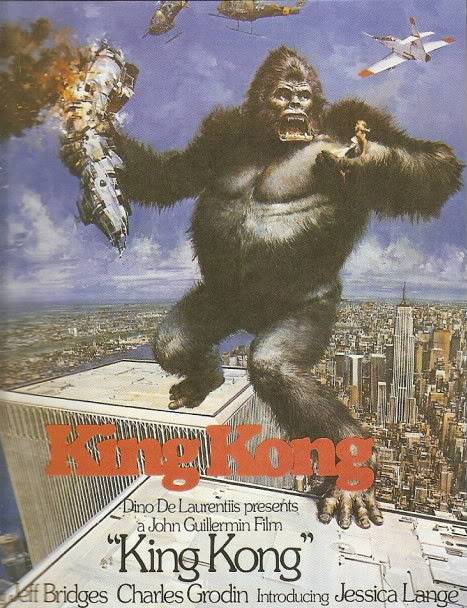 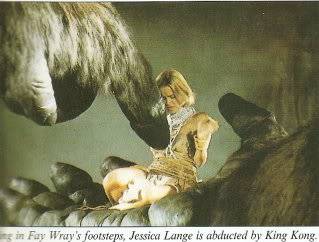 This version certainly lacks the sense of majesty, mystique and dreamlike horror of the original. In fact, this one is so grounded in reality for much of the first hour, concerning the plot of a petroleum company looking for oil, that it all just screams 'routine' at us. Grodin is miscast as the blustery loudmouth who wants Kong for his sideshow. Actually, Bridges is also miscast as the hippy hero. And, in a way, Lange isn't too good in her key role. So, that's zero-for three in the big roles. No, not good at all. But, some of the scenes of Kong capturing the blonde and on a rampage do work.

The giant ape antics are mostly courtesy of Rick Baker, who was that decade's expert at gorilla suits and acting them out (an early job for him was as a 2-headed ape in The Thing With Two Heads-1972). He ends up giving the best performance. There was a huge robot-like version of Kong also built for this; it ended up in just one scene, for a few seconds, towards the end (just after Kong breaks free); it looked pretty bad. I'm probably a bit too tough on the other actors; some of the scenes with Bridges and Lange after Kong is captured aren't too bad. BoG's Score: 6.5 out of 10 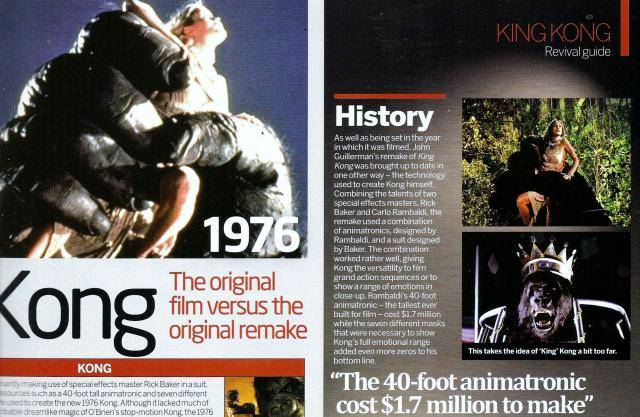 I found a cool pre-production painting for this film, as well as some trivia. See the next post. https://www.youtube.com/watch?v=gvuqEz-UyVY

There was a book that came out after the 1976 version of KING KONG was released, called "THE CREATION OF DINO DE LAURENTIIS' KING KONG." Here is a production painting of Kong wrecking a ship, which was never filmed: 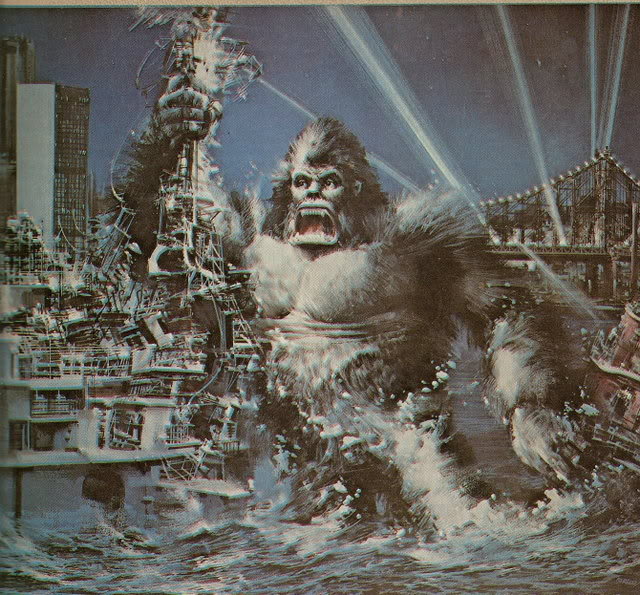 I don't have the book itself, but I found some trivia on the film which was in the tome:

-   the role of Dwan (Lange) was conceived for Barbra Streisand - hence the campy comedy attitude.
-   the fog bank was created by gadgets powered by Volkswagon engines.
-   the wall built to keep Kong out was first seen in a painted scene but was really built: 47 feet high, 500 feet long, made of eucalyptus tree trunks.
-   the film was in constant danger of being scrapped (OK, no jokes please); there was a lawsuit involving Universal and RKO.
-   the stuntwoman who falls 50 feet into Kong's hand in the tanker scene was paid a $1000 bonus for  her daring.

This book may be more interesting to look at than the film itself. I don't know offhand if it's available. 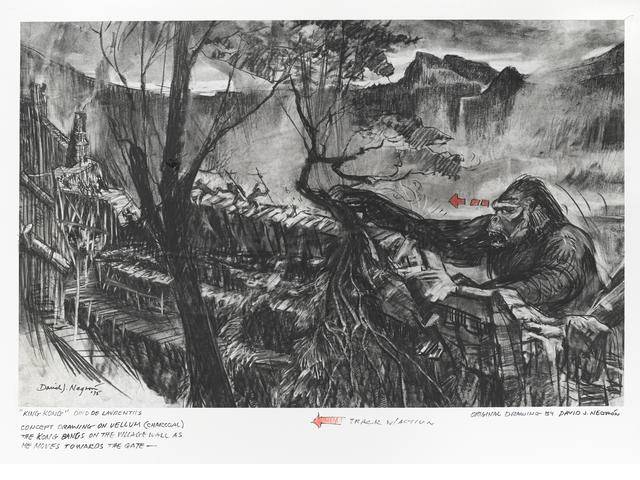 Before John Hughes claimed the mantle of Hollywood's antichrist, that title was firmly held by producer Dino De Laurentiis, whose middle name may have (more...)
42% liked it 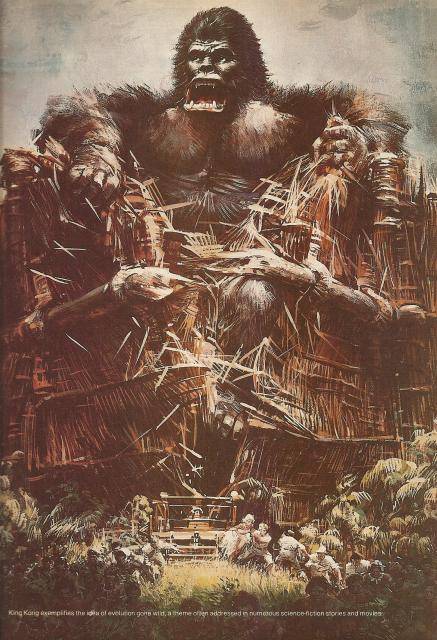