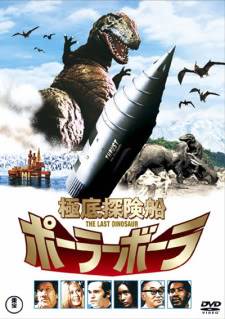 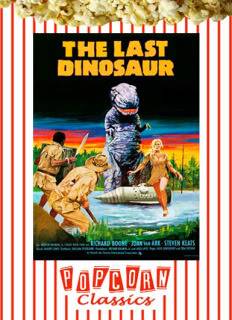 Most reviewers refer to this as an odd one, an American/Japanese co-production, for starters. It was a TV movie here in the states but released theatrically elsewhere. I see it as a throwback to the sixties; it reminds in flavor to many of the fantastical films of the earlier decade - low budget but with some beguiling elements, mostly appealing to the kids (a film like Latitude Zero had the same feel to it). 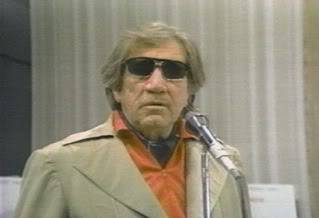 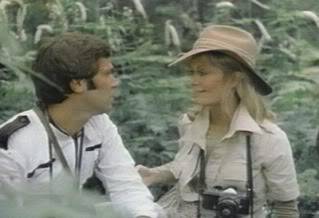 Also stuck in the wrong decade, it seems, is the main protagonist, rich man Thrust (Richard Boone); subtle name, eh? The title of the movie refers more to him than the giant dinosaur. He appears to have been born too late, a stubborn man's man who has no real challenges except a great hunt or the last great expedition. Boone was also about a decade too old for this role - he'd been in his prime in the late fifties/early sixties, with his Paladin character on TV and other westerns; here, though he still projects charisma, he's old and fat. Other reviewers have also opined that he acts drunk most of the time. He does offer an eccentric characterization, usually yelling key lines of dialog as if he's slightly addled. He has little patience for fools, of course. 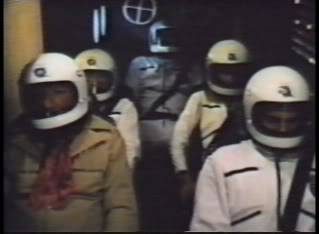 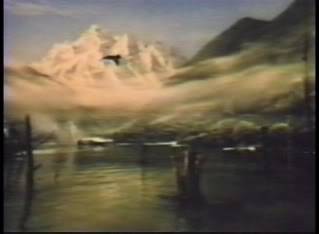 In the plot, an earlier expedition in a special laser drilling machine to some unknown territory (like At the Earth's Core) was met with 4 casualties due to - correct - a T-Rex! The lone survivor (Steven Keats) will now head back under the auspices of  Thrust and his corporation, along with a journalist (Joan van Ark), a scientist and a 7-foot tall African warrior who works for Thrust. Thrust had promised the scientist that the dinosaur would be studied, not hunted, but things go wrong swiftly. Soon enuff, Thrust has an excuse to make it his life's mission to hunt and kill the giant beast. 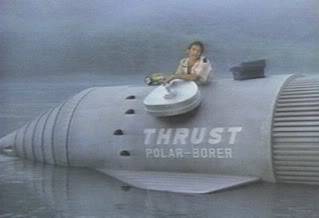 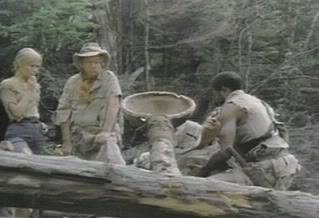 Some of the sequences have a slightly surreal tone to them, especially when the T-Rex finds the drilling vehicle and begins to kick it around like it's its new toy. There is also an otherworldy quality to many such scenes, harkening back to, again, some Toho productions in the sixties. Boone is entertaining to watch, for the reasons mentioned already, while the others mostly react to his antics. There are also primitive people that figure into the plot. The FX, mostly awkward man-in-dino-suit and so-so  mattes, are not impressive, but I was fairly taken with them when I first saw this as a kid. Some of these remind of The Land Unknown (1957) and The Land That Time Forgot (1975), besides the Japanese films. 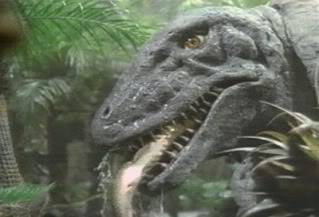 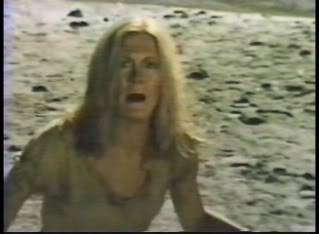 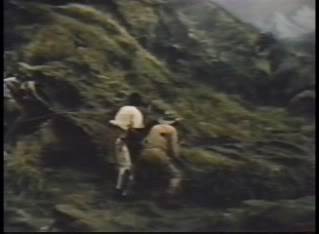 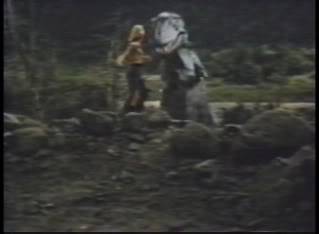 What really impressed me, to some degree, is how the theme of man against nature was  presented in the latter half. Man is represented by Thrust/Boone, of course. At some point, I began to feel sorry for this huge lumbering T-Rex,  continually assaulted by this crazed hunter, who has fixated on this creature, probably to prove himself superior. The T-Rex just exists as a force of nature; man is the despoiler, even the evil, setting out to do harm. BoG's Score: 6.5 out of 10 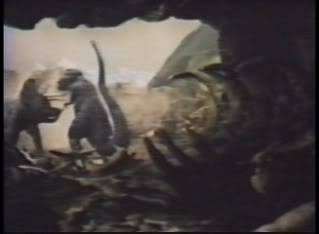 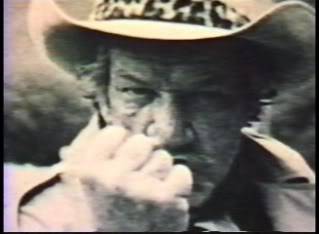