Attack of the 50-foot Woman

Attack of the 50-foot Woman 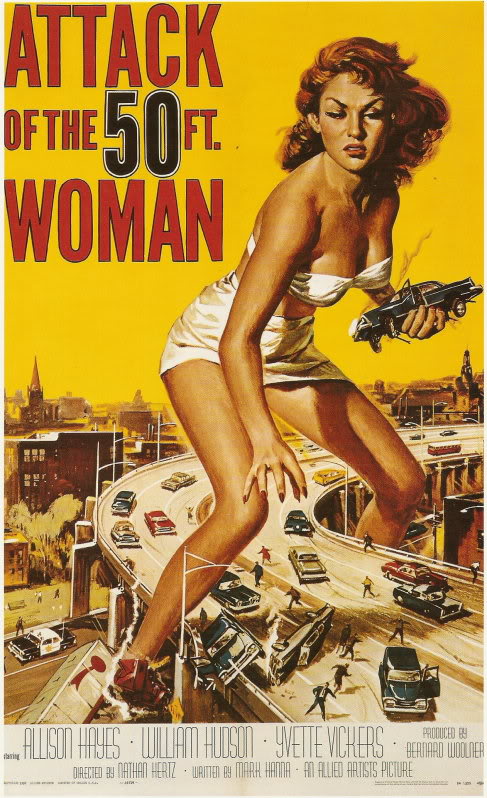 This was the female answer to the The Amazing Colossal Man of the previous year;
this time it's a message to all philandering husbands. Whereas the Colossal Man warned us of the dangers of the Atomic Era, this focuses on infidelity issues. The title character starts as a needy heiress who crosses paths with a visiting giant alien. But, it's not this early encounter which makes her grow; no, being the flighty neurotic that she is, she seeks out the alien giant again later. 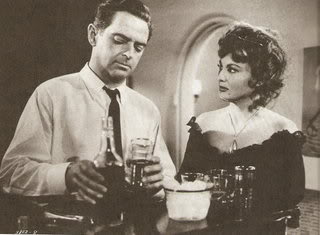 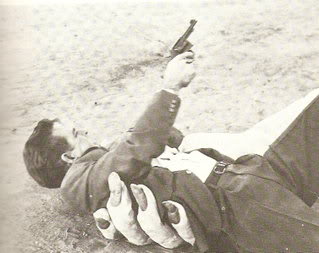 This is a short film, at 66 minutes; keep in mind that it's not until the 38-minute mark that we first see a giant fake female hand. Until that point, it's all just a lurid soap opera. And it's not until the last 10 minutes that the giantess finally goes on a rampage.

A DVD of this film was released a couple of years ago, with an audio commentary
by Yvette Vickers (who gives the better performance as the 'other'
woman) and film historian Tom Weaver. The DVD was part of a
Sci-Fi Cult Camp Classic set of 3 films. BoG's Score: 2 out of 10

The 5th issue of Femforce (AC, 1986) did a take-off on the poster for its cover and the back cover was a supposed follow-up film to the original, as if it starred Sybil Danning in the eighties: 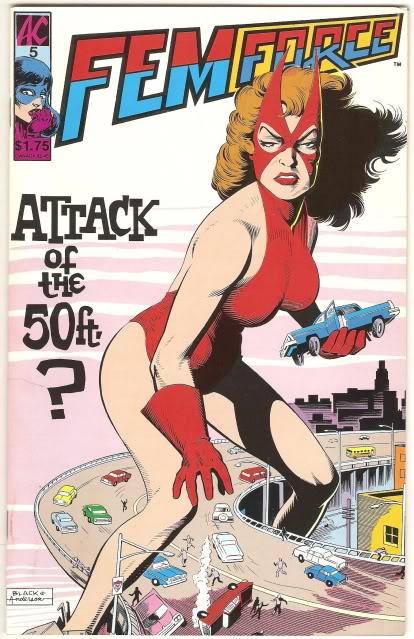 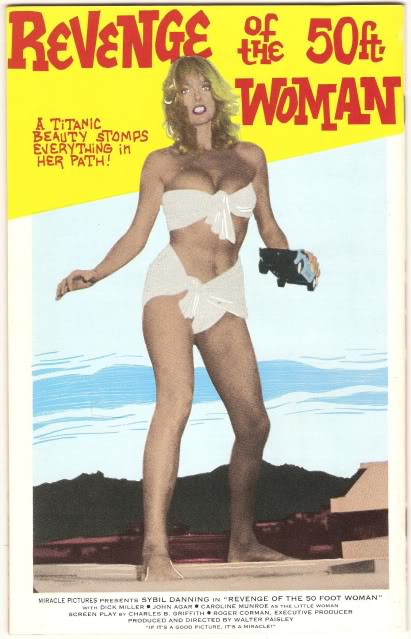