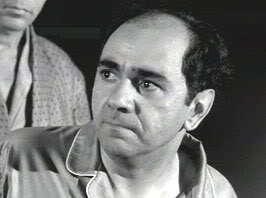 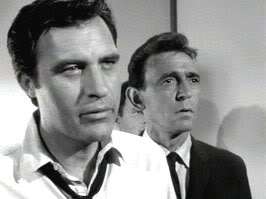 Sometime in the future (I would think), a group of volunteers are on a 261-day simulated space flight, as prep for a real flight to be done later. There are 4 scientists (including Jacqueline Brooks and Sandy Kenyon), a journalist (Larry Ward) and a construction tycoon (Michael Constantine), as well as the pilot and stewardess. There's a panic button in the event that the enclosed occupants need to stop the simulation, but that would indicate failure. Supposedly, they're not really going anywhere, but an alien entity, seen as a small figure of light, infiltrates the fake ship. Right away, the brash tycoon wakes everyone on the first night, thinking someone tried to kill him (signs of paranoia & a persecution complex). A scientist finds a doll belonging to his dead daughter; he freaks. The lady scientist, fearful of getting older, begins to act out her feelings about being more feminine. Then, one of the older scientists dies of fear after seeing his plant revert to some kind of monstrous creature. 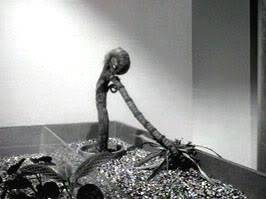 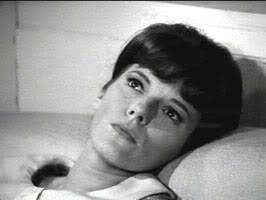 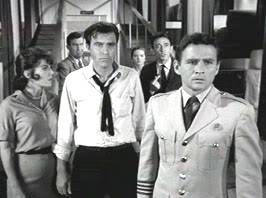 It turns out that the alien is a representative from the planet to which the real space flight would eventually go to. The aliens are not very fond of humans, based on their behavior in this episode, and especially of the type personified by the tycoon, who states out loud that native populations, like the American Indians, need to be swept away by progress. It makes me wonder if the aliens would have had a problem with humanity if the tycoon was not part of the group, but generally the message is that we are ruled by fear and this would cause us to destroy alien populations in the final analysis. But, I'm thinking that the 'tests' conducted by the alien were kind of rigged - who could pass them? There was a similar plot to the later film Chosen Survivors (1974). BoG's Score: 6.5 out of 10 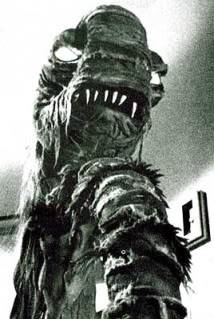