HELM#3: More Fun in the Sun with Boozy ol' Matt 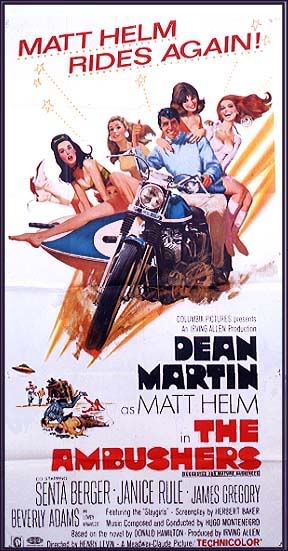 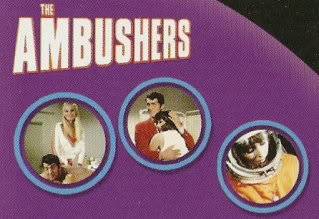 and ALBERT SALMI as Ortega * KURT KASZNER * Directed by HENRY LEVIN
MASTER PLAN: steal a flying saucer and sell it to the highest bidder. This 3rd Matt Helm goof-fest (after Murderers' Row), a comedic take on the James Bond films, starts out promisingly. There's a decidedly more sci-fi flavor in the early scenes, with the theft of the saucer, though the special FX never rise above the "Lost in Space" TV show, from the other producer, Irwin Allen. There's also some goofy science involved: the electro-magnetic power source for this aircraft is lethal to males, which is why only female astronauts can pilot it. We also have some early scenes at an ICE (the CIA of the Helm universe) training facility which, though in the same silly vein of all females drooling over Helm, are somewhat imaginative. 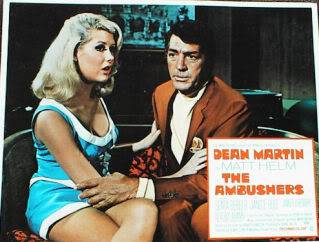 Dino Martin & James Gregory reprise their roles as, respectively, Helm & his boss, with Helm the increasingly boorish, lecherous Americanized Bond-type agent and MacDonald more weary of the whole deal. During one intriguing training sequence, Helm somehow removes most of a female agent's clothes in the span of a few seconds - a scene I'm sure would send modern feminists into a rage. Most of the action, however, moves to sunny Acapulco; Helm is accompanied by another female agent and pilot (Rule) who has been traumatized (as in, raped off-screen, it seems) by the main villain (Salmi) some days earlier. 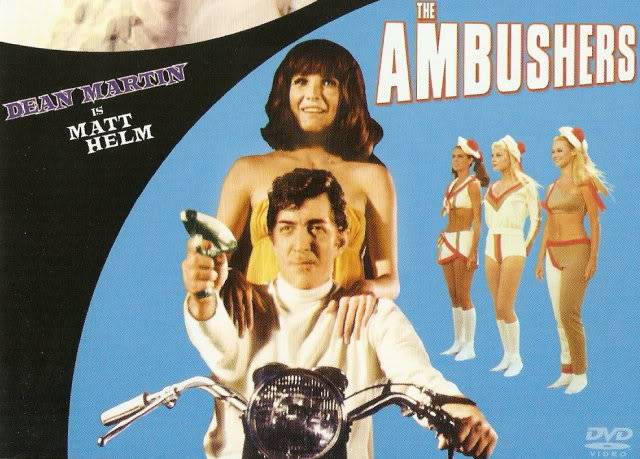 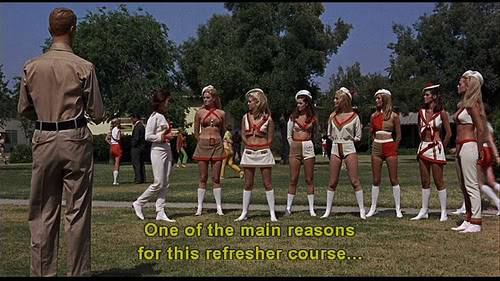 Some of these plot points lend an additionally sleazy tone to the movie and a lot of Helm's double entendres take on an extra unpleasant subtext. I was used to seeing actress Janice Rule in serious roles, so she seems out of place as a 'Helm girl,' but she also lends a maturity and edge to the part not usually seen in these pics. As it is, a lot of her scenes involve her losing half her clothes, for one reason or another, and it comes across as distasteful. Senta Berger, on the other hand, is a great femme fatale, especially in that outfit with the purple boots - va-va-Voom! (The boots change to green at one point, suddenly). She holds her own against all the men, hero or bad guys, and her role is cut short unceremoniously, unfortunately. Both she and Rule are outfitted in some typically far-out sixties attire that shows off the female figure. 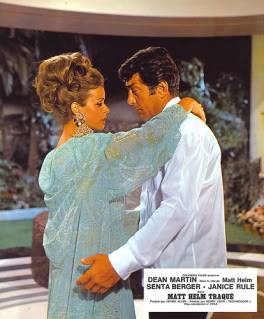 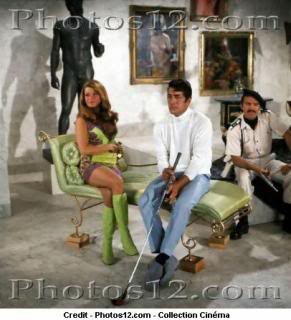 The actor Salmi, as the head villain, is almost too sinister for this type of movie, with his odd looks and intense demeanor. He's a natural villain, but more suited for realistic thrillers. His flunky is played by Kaszner, hamming it up; he was a regular silly villain/foil on the "Land of the Giants" TV show, an Irwin Allen production. The final action involves Helm tricking/doping a firing squad and a lot of poor backscreen projection during the chasing. Helm also uses a futuristic gun which can lift objects - pretty hokey, all in all. Helm would return in The Wrecking Crew. 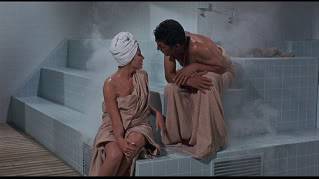 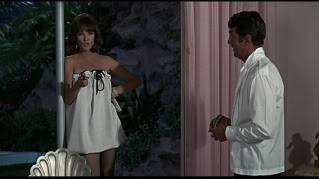