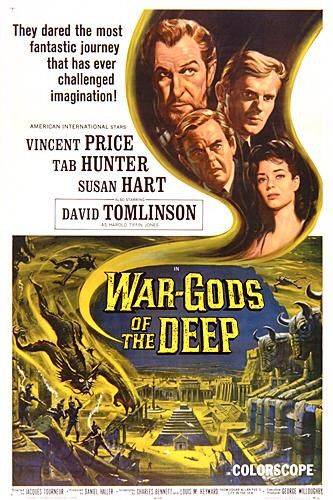 This takes place in the late 19th century and begins at a cliff house in Cornwall, but then descends into some secret, hidden caverns underneath, where dwell the crew of a long lost ship from over 100 years ago. Over 100 years ago..? Are they ghosts..? That's a good guess, but this is closer to a sci-fi concept of expanded lifespans and preservation. The visitors to this underground labyrinth are Tab Hunter, comic relief David Tomlinson with his pet chicken, and Susan Hart, who was kidnapped by a fishman. Hunter plays her boyfriend so naturally follows to the rescue. The ship's captain is played by Vincent Price; he and his men have remained ageless due to something in the air down in these caverns. 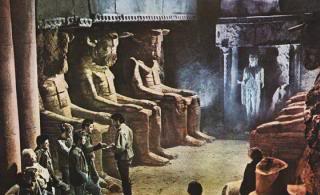 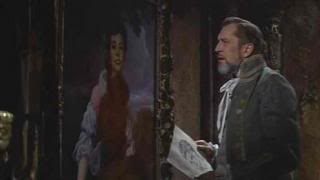 This tried to jump onto the popular Jules Verne-styled money train which began with 20,000 Leagues Under the Sea (54), but is quite tedious. It includes a lot of concepts which we're accustomed to seeing in such fare, such as lost civilizations and a lot of underwater action, but it's thrown together haphazardly and is very slow in parts. Apparently this was rewritten severely just before filming began, throwing in a lot of attempted humor with Tomlinson's character - maybe this was to offset the slow pace that had been noted. Price hams it up as was usual for him, but his character tends to drone on endlessly in this one. BoG's Score: 4 out of 10
Trivia Under the Sea: The City Under the Sea was the British title; for the American release, it was changed to War-Gods of the Deep. 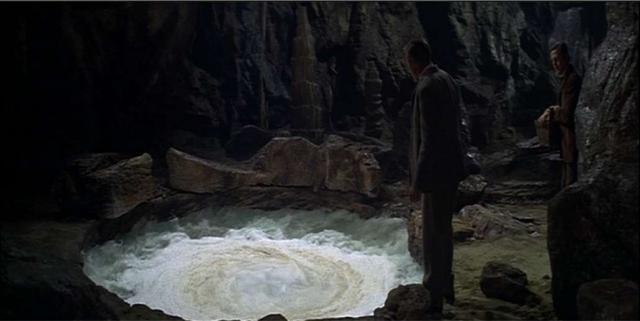