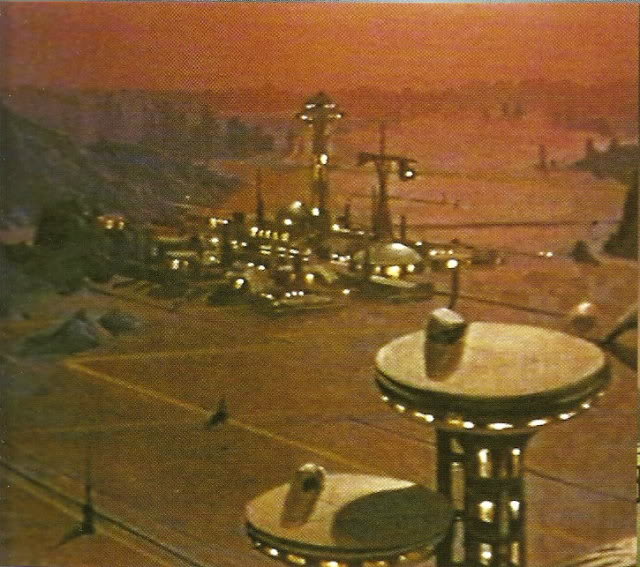 In this episode, Captain Kirk is under fire not by some cosmic menace threatening the galaxy, science gone mad or warlike aliens (such as the Romulans) but - perhaps even more frightening to him - by Starfleet itself, the one entity you'd think would always back him up. We get to see some of the inner workings of this organization here and the proceedings are not really different from current military trials and bureaucracy ("Regulations, captain" commodore Stone says to him at one point). The story takes place at Starbase 11, next seen in The Menagerie, part one, but here with a different commodore, played by Percy Rodriguez. 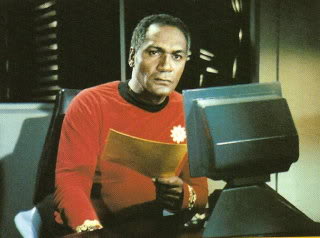 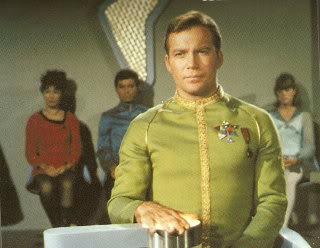 In the plot, an Enterprise officer, Lt. Ben Finney, has been lost in the line of duty just before the episode begins. Based on computer evidence, Kirk appears to have either panicked or, worse, acted with malice during a critical point on the bridge while one of those ion storms was raging, causing the death of the crew member with a push of a button. It turns out, Kirk has a long personal history with this Lt. Finney, who lost out on a promotion or two, in part thanks to Kirk. Starfleet, mostly represented by commodore Stone, intends to drum Kirk out of the service in disgrace based on this computer evidence and what we get here is the 'courtroom' episode of the series.

I'd have to say, the most memorable thing about this episode is the introduction of Kirk's lawyer, Cogley, played with some eccentricity and flamboyance by old-time actor Elisha Cook Jr.

Cogley jabbers on about having thousands of books and tends to rattle off a list of old historical documents (including some we've yet to create) like he's conducting some strange class for aspiring attorneys. He makes it clear his preferences do not include computers, which sets up the entire 'man vs. machine' theme during the court scenes (we'll revisit this theme in later episodes, such as The Ultimate Computer). 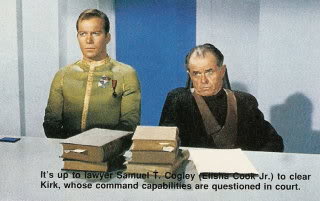 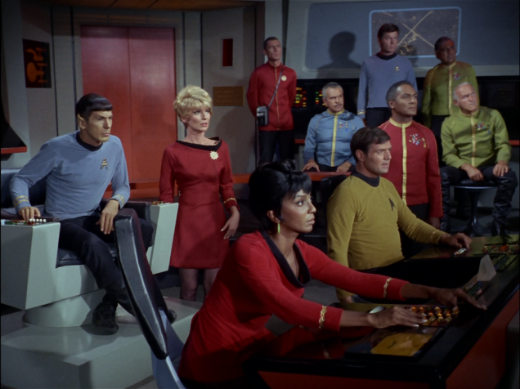 Cogley even makes a statement during the trial about machines having no rights; this attitude may change by the time of TNG, when the android Data was placed on trial over this very issue, in the episode The Measure of a Man. Cogley is strictly 'old school' and probably would not like living in the 24th century. I wonder how he, in his anti-machine attitude, would react to someone like Data. On the other hand, Cogley would probably be yelling "I told you all so!" after the events of The Ultimate Computer. 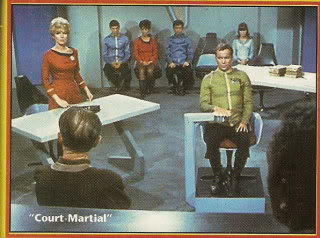 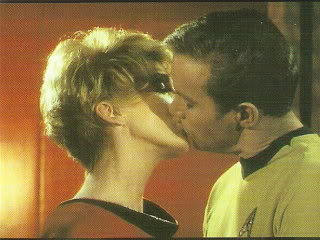 I also liked the rare glimpses we get here of the social, political and cultural atmosphere of the 23rd-century, including (of course) the legal system, as seen briefly at this starbase. I really liked, for example, the scene in the bar or lounge, where Kirk runs into some of his peers - it's a nice glimpse into Starfleet outside the usual parameters of the Enterprise. In most episodes, the Enterprise and its crew are off in the far reaches of space, exploring, a bit away from the encompassing blanket of the Federation. In Court Martial, Kirk and crew are in the center of it. 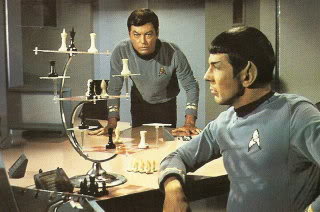 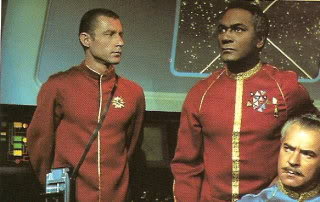 The starbase is like an extension of prototypical 23rd-century civilization, a clear sampling of how we have expanded our society to other worlds. The episode, overall, is a little on the dull side, unless one is really enamored of courtroom drama. The revelation near the conclusion may surprise viewers who have not seen this before. It's a little on the hokey side, however, and maybe a bit too neat. 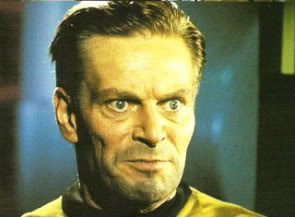 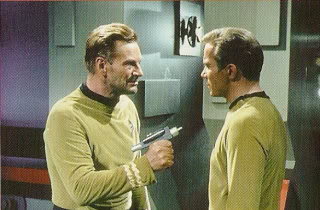 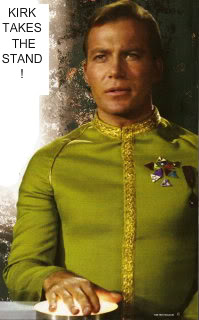 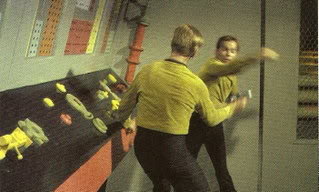 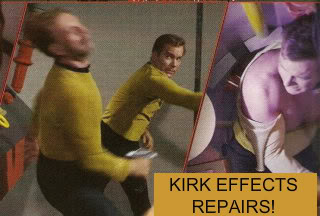 The episode does make a point, one which was not lost on me even when I was younger. Let's go back to the introduction of Cogley: who is this seeming nutcase, we might ask, and just what is he blathering on about? Kirk seems to be in real trouble now - his lawyer is a couple of cans short of a six-pack, besides being on the annoying side. But, by the 4th act, we realize Cogley is one of the reasons we were able to set up a Federation. He represents not only humanity, but civilization - that striving for decency by half-savages, manifested by written laws passed down through the ages, laws which govern, laws which make possible such civilized trials to protect the innocent, resulting in a thorough quest for the truth. BoG's Score: 7 out of 10
The Sun Sets on Starfleet and Civilization Proceeds... 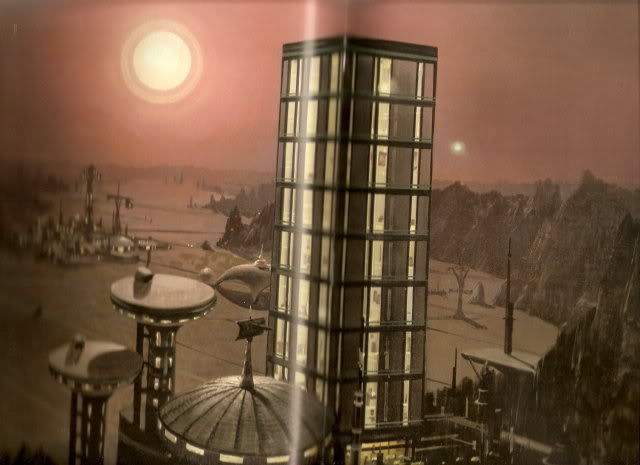 Extra Trek Trivia: this was the first episode where someone speaks out-loud of Starfleet and Starfleet Command - Roddenberry and his writers finally nailed down the terminology at this point, rather than using such generic phrases as 'Space Command' or 'United Space Probe Agency.' Remastered FX scenes 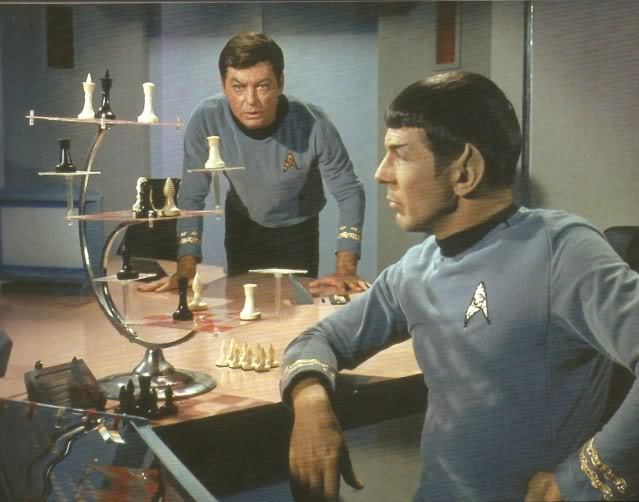 CLASSIC TREK QUOTES:
McCoy: "Well I had to see it to believe it!"
Spock: "Explain."
McCoy: "They're about to lop off the captain's professional head and you're sitting here playing chess with the computer!"
Spock: "That is true."
McCoy: "Mr. Spock, you're the most cold-blooded man I've ever known!"
Spock: "Why, thank you, Doctor..."
------ (McCoy turns to leave before he does something he may regret later)

Stone: "Counsels will direct their remarks to the bench!"
Cogley: "Oh, I'd be delighted to, sir, now that I have something HUMAN to talk about! Rights, sir – HUMAN rights! The Bible. The Code of Hammurabi. And of Justinian. The Magna Carta. The Constitution of the United States. The Fundamental Declarations of the Martian Colonies. The Statutes of Alpha III. Gentlemen, these documents all speak of RIGHTS! Rights of the accused to a trial by his peers, to be represented by counsel, the rights of cross-examination, but most importantly, the right to be confronted by the witnesses against him – a right to which my client has been denied!" 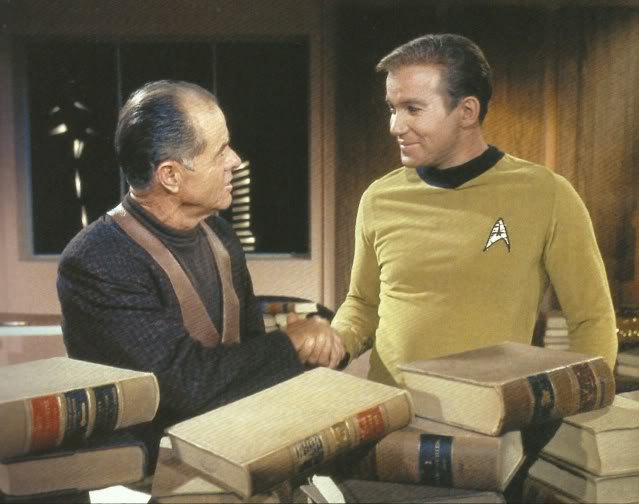