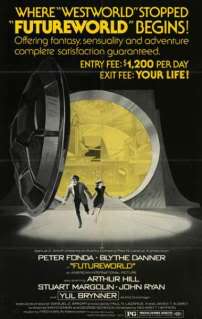 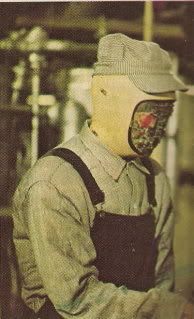 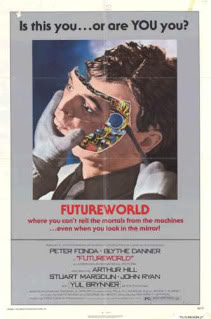 This is the sequel to Westworld (1973). Peter Fonda and Blythe Danner star as two intrepid journalists who are invited to the rebuilt Delos resort/adult amusement park by the top exec (Arthur Hill). Chuck (Fonda) smells a rat because a contact of his was killed just as he was about to give him some information. Sure enough, the reporters soon uncover a plot to replace the leaders of the world with bio-manufactured duplicates - that's the twist: it's no longer robots but the then-new cloning gambit (see also Scream and Scream Again/1970 for a similar plot, as well as a few sci-fi seventies films about cloning). However, some robots do show up. 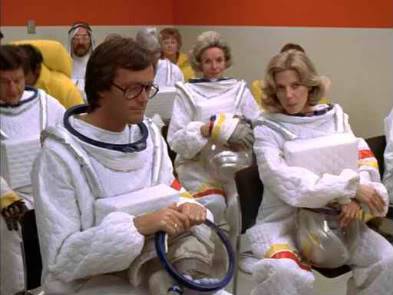 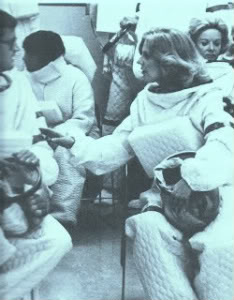 I admire the film for trying to go in a different direction, rather than just duplicating the first film's plot, but here's a case where I wish they stuck with some of the visceral bite of the original. The story again touches on the possibilities of a society indulging in decadence with the escalation of technology, but it's a perfunctory sidelight here. The story focuses more on the investigative thriller angle, on this nefarious plot to take over the world, but the reasons for this diabolical scheme are never really explained. Some of the concepts seemed outlandish back then - the clones - but are more relevant now, and the advances in entertainment since then, including in video and places like Disneyworld-Epcot, makes this somewhat more topical. 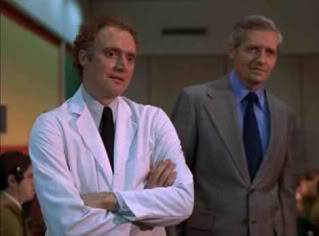 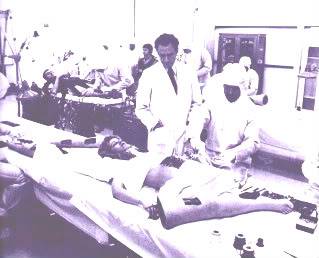 ABOVE: John P. Ryan and Arthur Hill seem genial, but...

There are also some bizarre, hard-to-explain sequences; at one point, a trio of samurai warriors materialize and chase the 2 reporters. Were these holograms? Still, there are good things. The reporters are like a hip version of Clark Kent & Lois Lane; Chuck's pet name for his partner is "socks" - they start out as adversarial but warm to each other. One robot (see pic above) is named Clark, btw, as an homage to the 'Man of Steel' - lol.  Stuart Margolin plays an on-site maintenance man who has an interesting relationship with this robot. There are some brief, intriguing bits about future gaming, like a holographic chess game (a year before a similar scene in Star Wars). And there is a good shocker of a revelation during a struggle; the finale, when Chuck gives a salute to the main villain, is a crowd-pleaser. 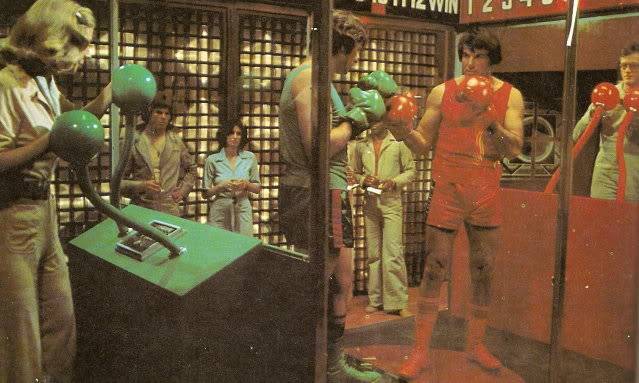 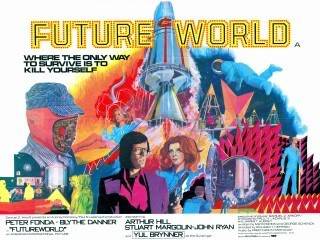 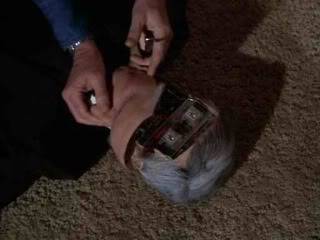 But, overall, it's slow - even the climactic chase when the reporters are battling their evil duplicates. Another clear example of failing to utilize the best ingredients of the first film is the appearance of the gunslinger robot character (Yul Brynner). When I first went to see this in the theater, I expected the gunslinger to be unveiled in one scene as a last resort weapon of the main villain; instead, it's not even the actual gunslinger we see here - it's an imaginary version presented in a strange dream sequence as part of the female reporter's fantasy. I think this sequence is the main reason most fans deride this sequel. This was the last screen appearance of actor Brynner. BoG's Score: 6.5 out of 10 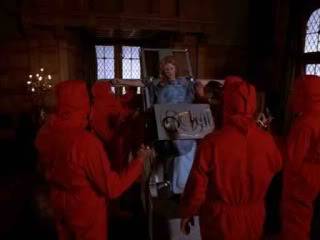 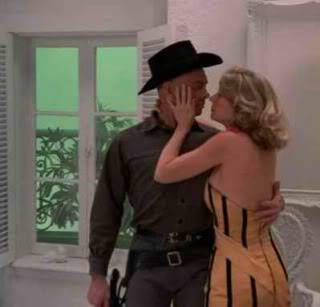 Even at the point that I first watched Westworld, when I was very young, I was aware of our so-litigious society, and one of the first things that came to mind after the film finished was the unlikelihood of Delos opening again due to multiple lawsuits over the many deaths. This may very well be the issue that most strains credibility with this sequel. After this sequel, there was a very short TV series, Beyond Westworld (1980), of only about 5 episodes, which I don't remember well. 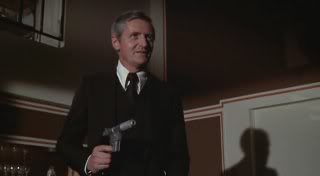 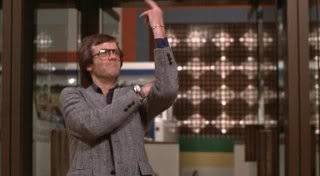 Future Trivia: Futureworld does hold the distinction of being the film that contains the first visual of a computer-generated 3-D effect, a hand (belonging to computer scientist Edwin Catmull), seen here: 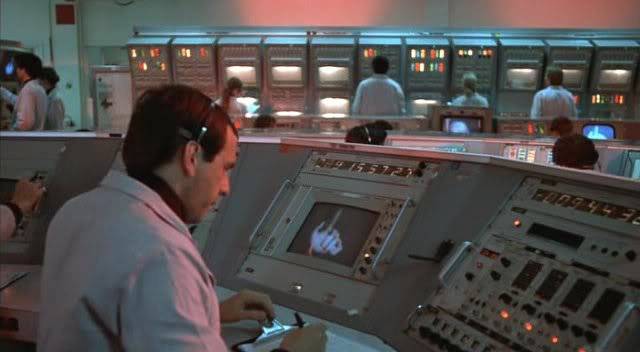