Four tales and a wraparound skit make up this movie follow-up to the famous TV series which ran from 1959 to 1964. The wraparound bit, with Dan Aykroyd & Albert Brooks, is the best, unfortunately; it sets it up nice and proper and concludes the whole thing on a zinger; but, much of the in-between bulk is lacklustre. The first tale is an original, while the remaining three adapt various episodes. 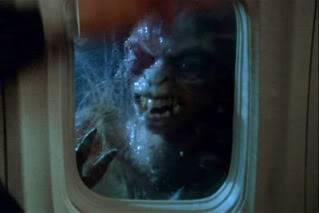 The first one stars Vic Morrow as a bigot; Morrow nails it and its his crowning achievement in a long career (he was killed during filming, when a falling helicopter blade sliced into him and a couple of kids; there's footage of this deleted scene on YouTube but I do not include it here because, frankly, it's just too morbid). Despite Morrow's fine performance, the segment is still too predictable - his character gets mysteriously transported to different points in history, when he is the object of racism. This was directed by John Landis (who got away with negligence and manslaughter - at the least).

The 2nd one remakes Kick the Can and is directed by Spielberg; it's the worst of the lot, starring Scatman Crothers as a mysterious old man who visits an old folks home; the old people get turned into kids and blah-blah-blah... 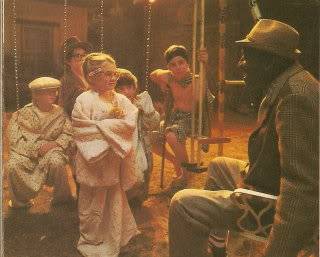 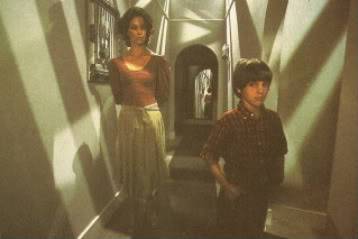 The 3rd one is a remake of It's a Good Life, changing the tone from scary to just weird and goofy. Kathleen Quinlan (a favorite actress of mine) plays a traveling teacher who is taken to a strange home by an odd kid, where reside even stranger folk. It turns out that the kid has limitless powers to change reality and all guests there are prisoners. Or, do they exist at all? There are a couple of eerie moments (a girl sitting watching TV) and some surrealism, but mostly it's spastic. It's directed by Joe Dante. 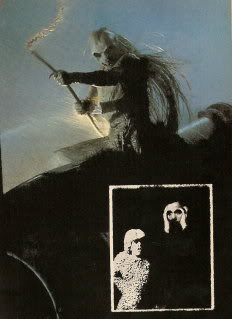 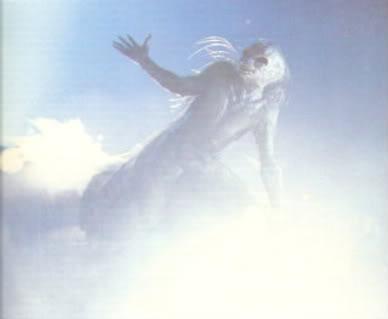 The 4th one is regarded as the best one, an intense, adrenaline-charged thriller remaking Nightmare at 20,000 Feet. A passenger (John Lithgow) on an airplane flight during a storm sees a creature on the airplane's wing. Of course, he's the only one who sees it. Lithgow, I feel, overplays it a bit; it works to a large extent because he does make the audience nervous with his own nervousness, but it became tiresome by the last couple of minutes - just too over-wrought. It probably will dissuade some people from going up in an airplane during rain. This one was directed by George Miller. Overall -- BoG's Score: 7 out of 10