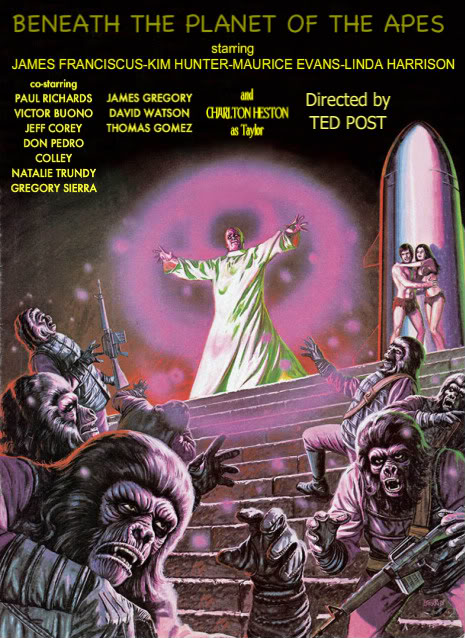 Apes above. Mutants below. What's a planet to do? Can it handle all this? Maybe not.
This begins with scenes of the conclusion of Planet of the Apes (1968) and continues directly after these. I've never liked that for some reason; I suppose it has something to do with a lack of creativity - it's such an obvious way to go with a sequel. 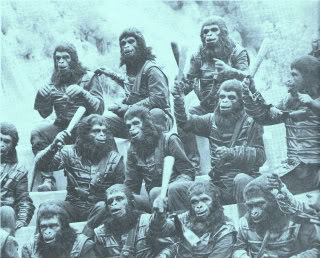 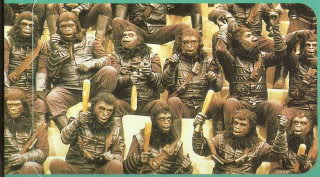 This first sequel to the '68 science fiction hit, though released a full two years later, has all the markings of something rushed into production. There was no time to craft a story which explores the truly interesting possibilities of astronaut Taylor's continuing odyssey on a future world turned upside down. The story could have and should have concentrated on the evolving struggle between the ruling class of apes and the backward humans. There were several plots proposed in this area, by Rod Serling and even by Pierre Boulle, the original author, who wrote up 'Planet of Men' - this would have reversed the roles of humans and apes by the conclusion. Maybe such a story would have had events occur too quickly, unrealistic even for sci-fi, and maybe TOO satiric. 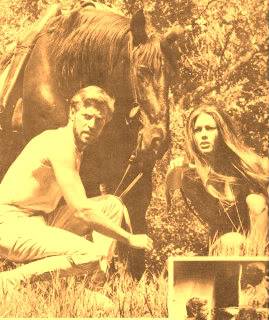 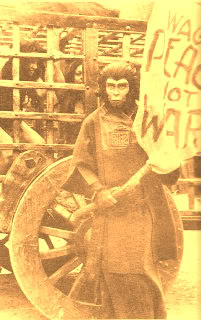 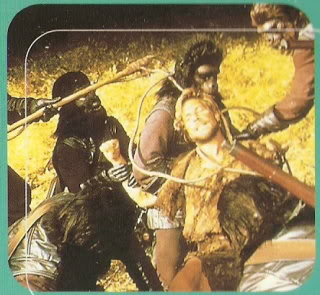 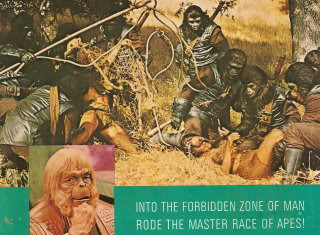 Instead, the filmmakers created a new threat for this film, a secret society of human mutants living underground. They show up in the 2nd half of this feature and, in prolonged scenes, show off their telepathic powers in torturing the heroes. The heroes, in this case, are another astronaut (James Franciscus) who followed Taylor's trajectory to this other planet and Taylor himself (Heston, reprising his role briefly). Wow, what an original concept - another astronaut, who, in an accelerated version of the first film's events, also finds Ape City, encounters two sympathetic chimps, gets captured and escapes. Are we watching some kind of a repeat? Yes, this is a precursor to all the film sequels of later decades - if this were 1990, it would be called 'Planet of the Apes 2' and would fit right in with all the other sequels, the franchises of today. At least they titled the sequels more creatively back in 1970.

Rather than expanding on the first film's ideas, the filmmakers attempted to impress the audience with some visuals (again, a fault of most big films these days; it IS a visual medium, but one should have a story to complement the visuals). In this one, most of the visuals involve the post-holocaust ruins of a city (NYC-surprise!), all buried by this point. And, until the overly extended scenes of the mutants practicing their mind tricks, this isn't dull, I will say. The quick pace of this picture is probably its best aspect; this stresses action. However, the pace is so fast in the first half that some crucial points in geography are sacrificed: getting to the Forbidden Zone from Ape City is just a short walk in a tunnel for some, while others have to trudge for days overhead. 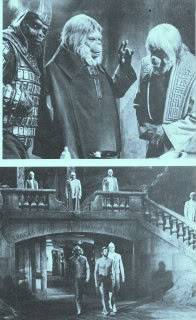 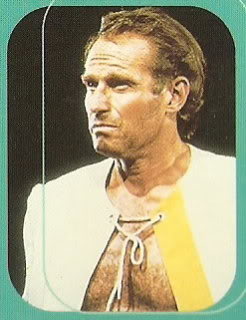 In a slight nod to the satirical aspects of the original film, we do get to see religion being mocked (the original satirized the social & political anchors of a community). But, it's not a very subtle jab. The mutants profess to be more intelligent than either the heroes or the apes, which they seem to prove with their advanced mind powers, but they spend most of their time worshiping a nuclear bomb, chanting silly songs - they really picked a strange form of idolatry, but maybe they're simply crazed. This movie throws together a lot of science fiction concepts on a future world gone wild but the resulting brew is rather messy; some of it is depressing, some of it creepy, some of it violent, perhaps even too brutal. It's a decent action piece, not much more.

The main lead, Franciscus, shows he is no Heston; he overacts in most of his scenes, as if he had no clue on how to depict a man realizing where he's actually landed, but then again, he wasn't the skipper on this 2nd ship (the lead officer dies soon after they crash-land); we're not watching a leader but a follower try to carry the picture. Or, maybe I was just spoiled by how Heston dominated the first film. I was struck by how Heston towered over Franciscus in their brutal fight scene. Roddy McDowall is also missing; his role of Cornelius is played by David Watson. I was never clear if that's really McDowall's voice; McDowall is not credited anywhere for this. Maurice Evans & James Gregory are pretty good as the ape leaders, but whoever stuck them in ape suits for the sauna scene should have thought about it a few more minutes. BoG's Score: 6.5 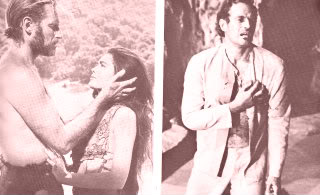 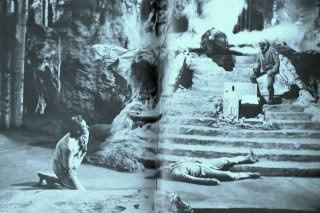 Spoiler:
This movie ends everything on a grotesquely conclusive note, but they managed to find a way to continue the story in Escape From the Planet of the Apes. In regards to the Doomsday scenario: it's presented a bit oddly; narration begins abruptly as Taylor depresses the fateful doom-trigger and ends just as abruptly. When I first saw this on TV in the seventies, I thought the broadcasting station had cut off footage too soon at the end. As far as the bomb itself, I no longer believe that it actually 'blew up' the entire planet - that would be quite a bomb. Taylor mentions a 'cobalt casing' I think. I think it's more likely that, yes, the explosion was big, but actual planetary death occurred over a period of weeks or months as radiation spread over everything. Beneath the POTA Program
to view the film's original program booklet from 1970. 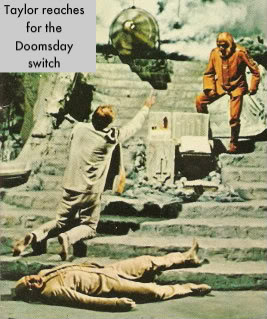 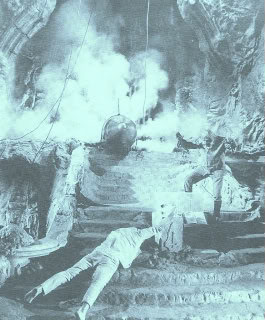 Beneath the trivia: actress Natalie Trundy played one of the human mutants here, in the first of her roles in Apes films. She would return as a human in Escape... and an ape in all the remaining sequels. The faces of the mutants were inspired by a photo in a medical textbook, Gray's Anatomy (hey, isn't there a TV series by that name now?). The other prominent actors playing mutants were Victor Buono, Jeff Corey, Don Pedro Colley (of THX-1138), Gregory Sierra and Paul Richards as the mutant leader.

The term "Franciscus" had been appropriated by certain fans to describe an inferior actor replacement; as an example: "Roger Moore as James Bond was really a Franciscus." I've never used the term myself and believe it to be overly insulting. The term came up in the film Free Enterprise (1998), but I haven't seen it used much lately. James Franciscus was also cast, reportedly, due to his physical resemblance to Heston, and Franciscus was regarded by some as a smaller version of Heston. I've never seen this resemblance myself, so go figure.