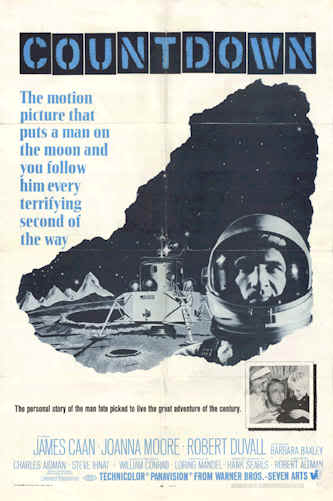 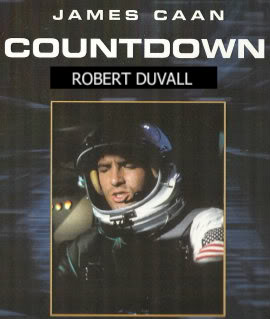 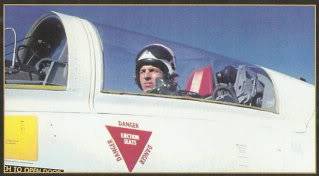 co-starring JOANNA MOORE*CHARLES AIDMAN*STEVE IHNAT*BARBARA BAXLEY
Directed by ROBERT ALTMAN
Another filmed look at getting an astronaut to the moon, this is like an early version of APOLLO 13 (1995) and the HBO Series FROM THE EARTH TO THE MOON, with similar astronaut characters and their wives; one could argue that this one is even more authentic because it was made during the sixties, right before the actual moon mission in '69, while the later films had to recreate that sixties atmosphere. Or, this is like a low budget version of MAROONED (69), the big budget film which involved a mission in Earth orbit. In COUNTDOWN, they send a small habitat to the moon first; then a single astronaut is to follow and live there for 9 months or so

- I found this strategy to be odd. It's also an interesting look at an early Altman (M*A*S*H) directing effort, where he already was trying naturalistic dialog scenes.

This was also an early pairing of stars Caan & Duvall, who would appear together in several more films, like THE GODFATHER and THE KILLER ELITE (75). Ihnat is the NASA administrator in charge; Michael Murphy has an early small role here as another astronaut and Ted Knight is a press secretary. It's based on the novel "The Pilgrim Project" - that's NASA's name for this mission.

Though the film looks accurate overall and even documentary-styled in places, it falls short in the drama department, with some of the character scenes coming across as contrived and false. Duvall, an air force officer, plays the astronaut who was meant to go on the moon mission but, for political reasons, policymakers decide that a civilian needs to go rather than a military man, so Caan is selected (the Russians are ahead of us slightly in this version of the space race, sending up civilians and they actually land on the moon first

- sorry, USA fans). This creates an almost childish antagonism between the Caan and Duvall characters. Aidman's doctor character is the worst, however; he keeps trying to convince Caan that it's too unsafe for him to go, but his reasoning is sort of like warning someone not to cross a street because there's a chance that they may get hit by a car someday. I just didn't see any sense to Aidman's concerns and found him to be quite annoying by the start of the 2nd hour. 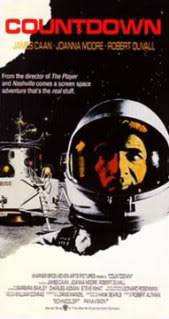 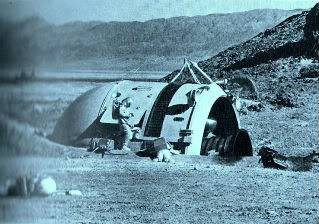 The worst fault of the film, though, is that it's simply dull. Altman does try to lend a realistic tone to everything but it's as if he tried too hard; it's like watching the day-to-day experiences of some acquaintances similar to your own dull day-to-day life - you can't really expect to get excited by such a story. There's no excitement generated by the time Caan actually does go into space; there's a strange lack of tension, especially as it's the first time man is going this far. Caan does encounter a problem when he reaches the moon (and, by this time, it was a realistic depiction of the moon surface, though obviously filmed in the U.S. desert somewhere), but it remains a boring exercise and ends abruptly at the point when we would expect a dramatic pay-off. Still, this can be interesting as a version of the actual moon landing, just one year beforehand. Back then, in '68, it seems like everyone took for granted that the actual moon landing would happen very soon.