I obtained a DVD-R of this film from Sci-Fi Station. Richard Kiel plays the alien Agent Kolos, sent to Earth by a bad galactic empire to create android duplicates of key people. I'm trying to think - wasn't there a similar plot in Futureworld (1976)? Kiel actually has a lot of dialog in this, to my surprise; he was previously in The Phantom Planet (1961), dressed up as a goofy alien; he may have impressed the producer, Hugo Grimaldi - or just impressed him with his height. Kiel also played a very tall alien in the famous 1962 Twilight Zone episode, To Serve Man - but had no dialog in that one. However, note also that he's not even credited on the poster even though he's the main villain. The flying saucer here is very bad - kind of a moving fancy lamp shade. 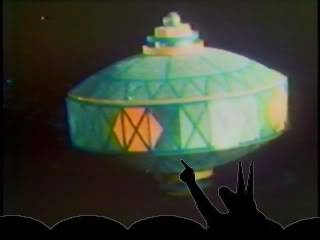 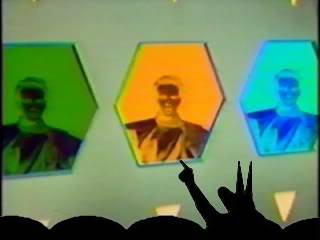 Kolos teams up with a local mad scientist played by George MacReady, who I just saw not too long ago in The Alligator People (1959), where he played a... mad scientist

. Or is it actually an android duplicate of the mad scientist? (You have to keep track of the plot twists). Unexpectedly, Kiel's alien begins to develop feelings for the mad scientist's daughter (Aww...

). The film is a bit slow in the middle half but has quite a bit of action otherwise. This action doesn't always make sense, though. The androids are superhuman, unable to be stopped by doors or by bullets, but in a couple of fight scenes with the hero (George Nader), they seem to fall down and fall apart rather easily (a favorite shot of the director is an android falling to the floor and breaking into pieces; eerily, this was, uh, duplicated in the film Westworld). 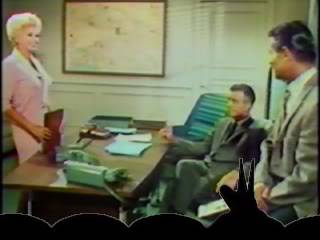 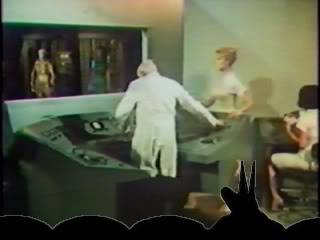 ). Some of these plot threads also reminded me of the later, less known Scream and Scream Again (1970), which also involved duplicating humans. Hugh Beaumont distracts certain viewers if they are familiar with him from a well-known TV series. There's a big fight scene near the end when Kiel takes on a bunch of androids. BoG's Score: 4 out of 10 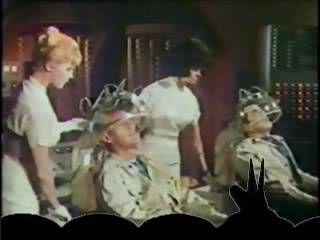 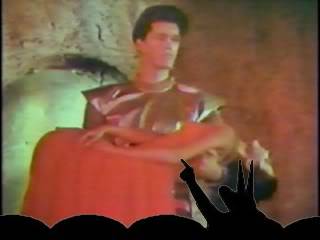 This is an interesting sci-fi curiosity due to the cast. According to Wikipedia, this film was released on VHS with a different title (Jaws of the Alien) after The Spy Who Loved Me (1977) came out, capitalizing on Kiel's new popularity. And, this was one of the films skewered on MST3K. 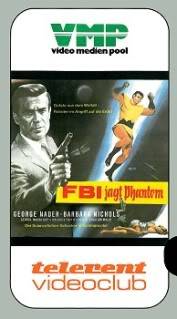 Richard Kiel had a column in the first issue of Cinema Retro (2004) titled Richard Kiel's Hollywood Tall Tales, in which he reminisced on his experience of playing the role of Kolos in The Human Duplicators (Kiel mentions that his tales are 100% accurate; the "Tall" is in reference to his height). The film was a product of the Woolner Brothers, who owned some theaters and were known for putting together double features. 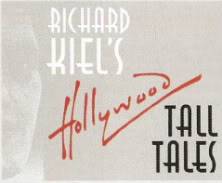 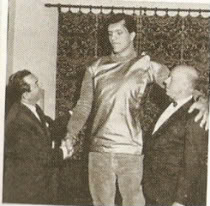 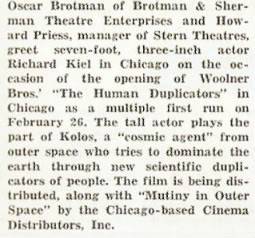 Kiel found out back then (early to mid-sixties) that making friends with gate guards at small studios was one way to get valuable info. He found out that filming for a science fiction movie was about to begin, directed by Hugo Grimaldi. Kiel located Grimaldi in a commissary and sat down in his line of vision; this tactic worked - Grimaldi walked over to Kiel and began asking questions. Kiel got a call from Grimaldi the next day about a role in the movie - this was actually a smaller role, as Kolos' butler.
At this point in time, Kiel had taken a public relations job with a meat company, a job which, at that time, was pretty good money-wise and perks-wise. His disappointment with the role offer was evident and, 2 days later, director Arthur Pierce (writer and co-director) had Kiel read for the part of Kolos; that's how Kiel got the role. The shooting schedule was for 2 weeks. Kiel opines that the pairing of actors George Nader and Barbara Nichols was an error; Nader still looked fit while Nichols had let herself go.

Kiel was sent to an alteration shop to be fitted for a space suit. His hair was also re-styled. He hints that the spaceship was an ashtray. He claims that he was instructed to act like an android, which is why his line delivery is stiff. He also wrote that he did his bit in promoting the film, like appearing on the local TV talk show in Chicago, where the film opened in 25 theaters. Some of the theaters were in rough neighborhoods and a bunch of kids appeared all wearing band-aids, making Kiel nervous; he found out later that the band-aids were part of a 'Survival Kit' gimmick, including Tootsie Rolls and balloons.
Kiel also went to Gary, Indiana where he got snowed in and, dressed in his spacesuit, ran into a local tough guy at a diner; they shook hands, Kiel applying more pressure than usual; the guy told his buddies that Kiel had 12-inch "foingers." Kiel's tour was so successful, he then went to Toronto, Canada; but, despite his efforts in increasing the film's popularity, he found out that there was no gratitude from the Woolner Brothers - that's Hollywood.

I kind of wonder if Kiel hadn't mixed up some of his experience with Hugo Grimaldi; I thought he already knew him at the time of making The Phantom Planet (1961); I wonder if his tactic in the commissary wasn't for his role in that earlier film.