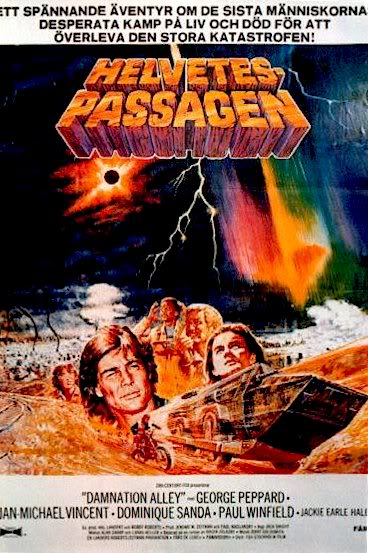 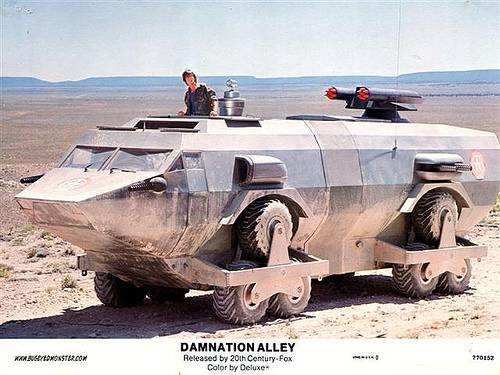 A bigger-budgeted post-holocaust sci-fi picture than the usual seventies efforts, this begins at a desolate air force base and turns into a road movie - a Road Warrior-type road movie. This film was delayed for a few months due to FX fix-ups (which didn't help it); then Star Wars came out and the studio executives hoped this would make at least as much money as that Lucas-directed fiasco... ah, it didn't. The studio re-edited the film before release, cutting out scenes and upsetting star Peppard; it failed. Strangely, there wasn't an official DVD release of this until 2011. Oh, and, Roger Zelazny, I hear, hated this film version of his novel. I'm not surprised to hear that. 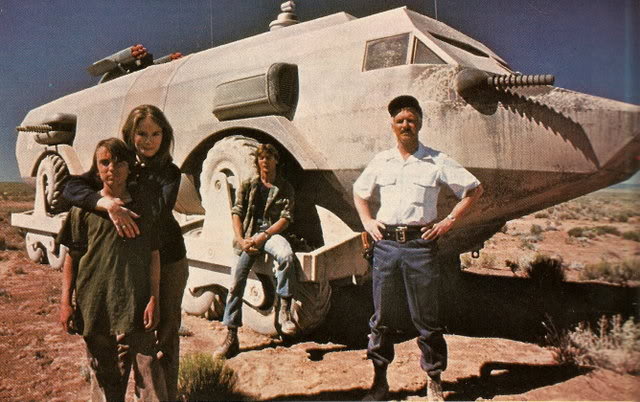 ABOVE: Jackie Earle Haley, Dominique Sanda, Jan-Michael Vincent & George Peppard in front of the Landmaster;
Yes, that's the same Haley who would play Rorschach in Watchmen so many years later in 2009
I also read the book by Zelazny; I think I read it just before seeing the movie back in '77. Zelazny's tale is different from the movie version in terms of the characters. In the book, the main character of Hell Tanner is a Hell's Angel-type of biker outlaw who is forced into the position of being some kind of hero. As for his name, the story goes that when he was born, his father was asked what to name him and the daddy kind of just growled "hell" in disgust as he stalked out. 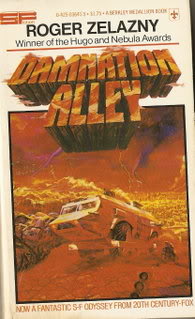 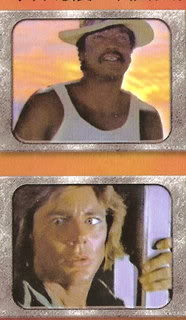 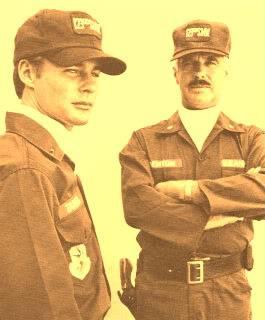 In the movie,
I don't think Tanner has a first name and he's a straight-arrow type, a member of the Air Force. As played by Jan-Michael Vincent, he's the younger, less-disciplined officer to George Peppard's older, more gruff one. Paul Winfield is a 3rd officer who turns to art after everything blows up. They set out in a special vehicle from their wrecked base to see what's what in the desolation of the new America. They stop off in Vegas, finding Dominique Sanda all alone in what's left of the gambling capital, and later come across Jackie Earle Haley, a kid who likes to throw rocks. The special Landmaster vehicle has an earlier, smaller version in the children's sf TV series Ark II, which aired a year before this film.

I liked the film overall when I watched it as a teen. It was a pretty exciting adventure and I thought the giant scorpions were cool (a brief scene, however, and it does not hold up well these days). I liked the whole post-apocalyptic setting; the 12-wheeled Landmaster super-vehicle (the best character, unfortunately); the irradiated hillbilly villains; some of the FX towards the end; and, especially, the mutated cockroaches in the most intense sequence in the middle of the film. 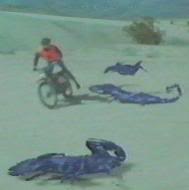 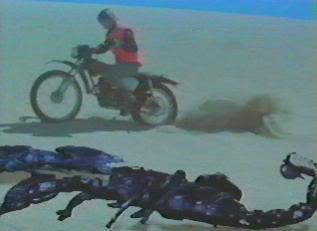 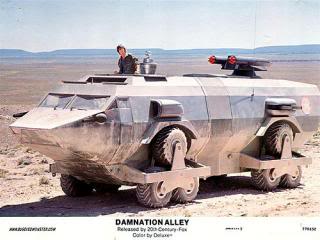 This is the one scene that still creeps me out a bit, even as I know that the 'carpet-swarm' of the deadly critters is less-than-fully-realistic nowadays. But, the whole concept of now-empty cities infested with such nasty vermin sends a little chill down me spine. This concept is not done too much in post-nuclear war film settings, even though everyone believes (or believed) that bugs such as this would be the only ones to possibly thrive in such an aftermath.
I'm not as impressed with the film nowadays - I last checked it out a couple of years ago. It's a bit too by-the-numbers and the characters are a bit bland. The beginning is ok but the ending is very uneventful and dull, with a strange turn-for-the-better slant to it that doesn't make all that much sense - it's as if someone decided this needed a positive ending, against all logic. BoG's Score: 6.5 out of 10
Trivia From the Alley: uncredited small role for Murray Hamilton as the general in the early scenes; though most of the killer cockroach scenes were done with fakes on carpets, there were 300 actual Madagascar Cockroaches imported for the scenes, as well; as required, these were shipped back when their scenes were done; however, about 5 years later, a few of these were spotted in the rafters where filming took place.

Behind the Scenes of Damnation 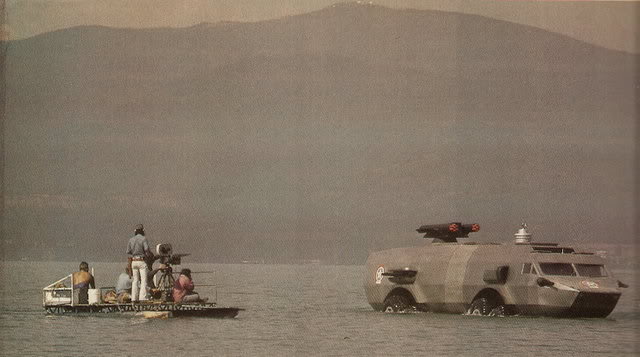 This photo just sort of suggests or indicates that the potential was there, the possibility of a gritty and
spectacular post-holocaust adventure. I think we all ended up with more of a made-for-TV-styled film.
BELOW: Here's a photo of actor Jan-Michael Vincent on the motorcycle during filming of Survi.. er,
DAMNATION ALLEY. As one may note by the wording at the bottom of the photo, the film was
titled "SURVIVAL RUN" during filming. Note the harness / rig of the camera on the back of
motorcycle to capture some point-of-view footage.
The other small b&w photo is of a deleted scene, one of those
mentioned in the above post about cuts made just prior to the film's release;
there's rumor of a scene in which the two ex-air force officers get into a
fight over the death of a 3rd, so this is probably it. 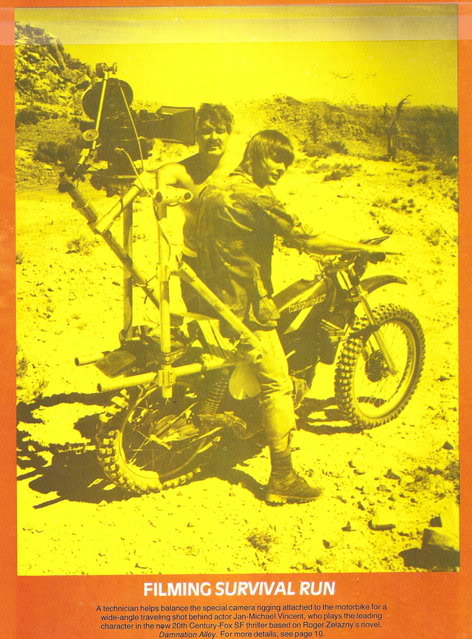 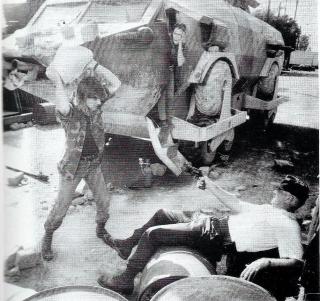