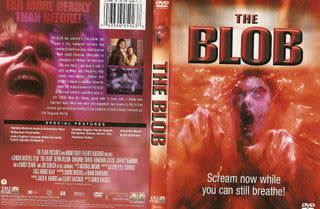 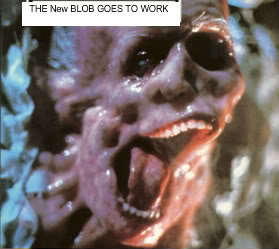 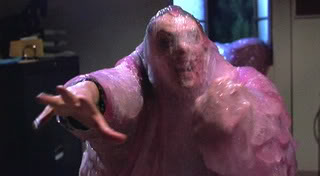 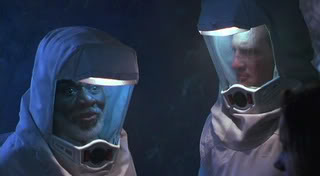 I checked this out again after watching the original recently and it was better than I remembered. This is a remake, of course, of the famous original from 30 years prior, also taking place in a small town. This has a very good pace and the creature is suitably creepy & scary. It moves more quickly than the '58 version and the death scenes are gorier. This was the eighties, which began the whole gore/slasher cycle in horror films, so this creature feature reflected that grisly style. There's one particularly bloody scene, for example, of a victim being pulled down the drain of a sink (picture that, if you can). Also, it can pounce on victims much faster, even sending out tendrils to capture them. There are moments of stupidity, which does make this inferior to the classic original: the waitress played by Clark, instead of running as far as possible from the 'sink death' scene, stops in a phone booth right next to her restaurant; she seals her fate that way, though the reveal of another victim at the same point is startling. 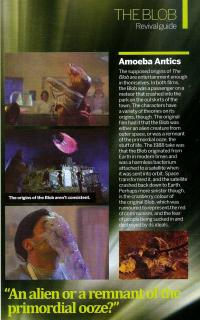 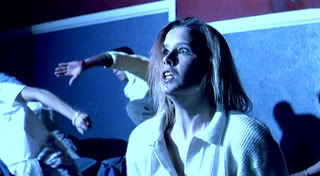 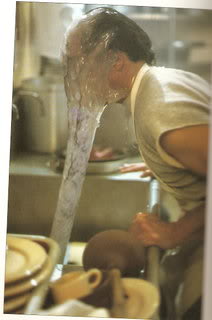 In the 2nd half, the plot switches over to the now-standard government cover-ups and screw-ups. It turns out this monster may actually be a product of mankind's tendency for creating biological weapons (to surpass the atomic ones); this lent further Sci-Fi themes to the story (as in the recent Andromeda Strain remake on TV), but this plot turn was to the detriment of the film, not its advantage. I prefer the concept of a monster which really is from outer space, showing us that there may be real dangers out there - this lends a creepy chill to the whole thing. Here, it merely lectures us on mankind's stupidity and how our own monstrous creations could turn on us; we begin to lose sympathy for the human beings, at least for all the government employees, some of whom behave a bit idiotically. The cast is very good, overall. BoG's Score: 6.5 out of 10 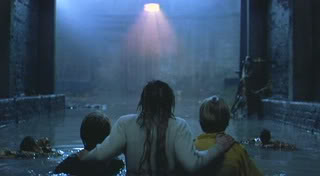 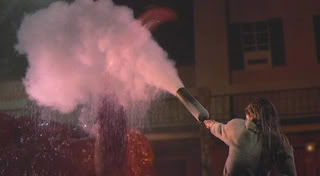 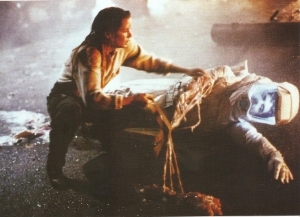 Blobbed Trivia: Stephen King latched on to a similar idea with his short story, "The Raft," which was made into a portion of the anthology film Creepshow 2 (1987) and Dean Koontz expanded the idea into other directions in his novel, then film Phantoms (1998).