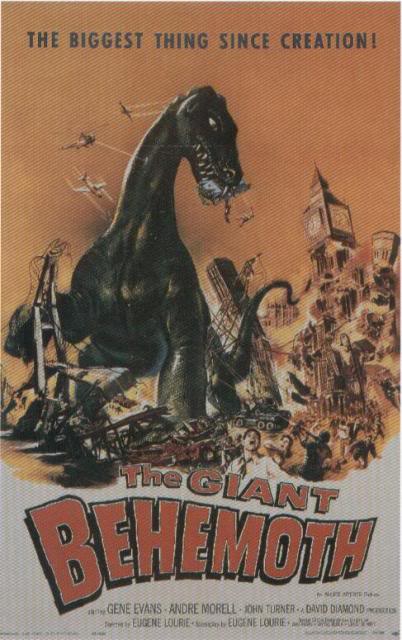 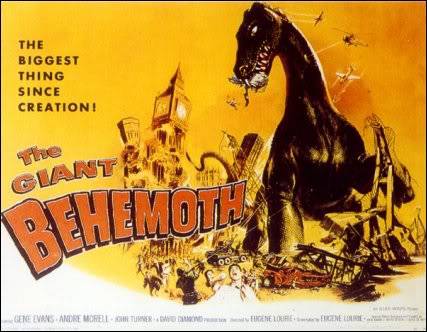 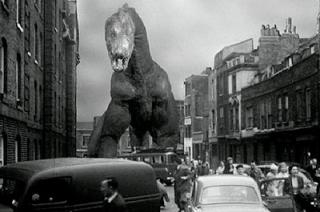 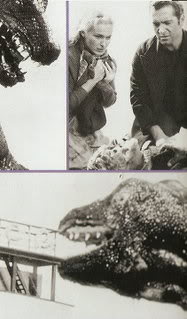 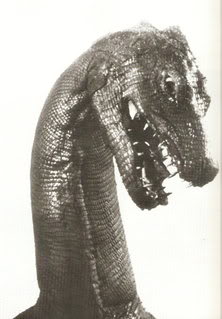 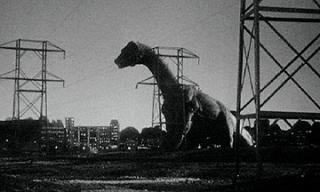 This was, essentially, a British remake of The Beast From 20,000 Fathoms, which had come out only half-a-dozen years earlier. The Brits seem to be a bit behind the times in this area - they then came up with Gorgo, which was their version of the Japanese Godzilla. 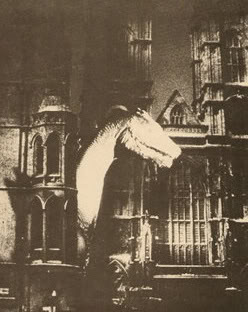 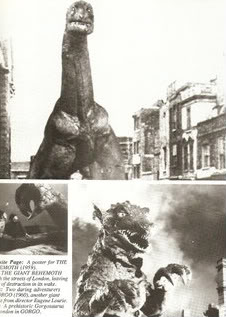 (Gorgo,beneath Behemoth)
The film moves at a leisurely pace in the first half, as the plot concerns itself with the radioactive traces left by the Behemoth near a peaceful fishing village. You see, besides the tromping this Behemoth is prone to do, it also gives off lethal radioactive barrages, burning hapless citizens on the spot! Since it appears to be a sea dinosaur, it's designated a Plesiosaur, but once it's on land, it behaves more like a hostile Brontosaurus or Brachiosaurus. Willis O'Brien (King Kong), mentor to Ray Harryhausen, did his last FX for this; as seemed to be the case in much of his later work, he was plagued by time & budget constraints. He previously worked on The Black Scorpion.
BoG's Score: 5 out of 10