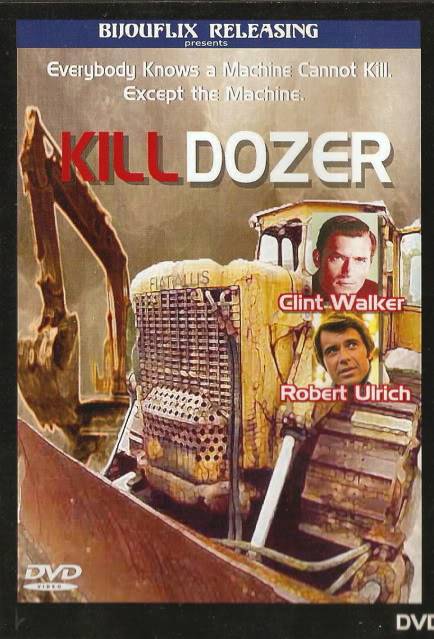 Directed by Jerry London
Something hurls towards Earth... is it The Thing? No... but it does end up possessing a bulldozer...
Based on the famous short story by Theodore Sturgeon.

I purchased that DVD-R displayed above from Bijou about 5 years ago. It's an adequate TV showing version - barely adequate - the sound is a bit substandard, probably turned up to too high a level during recording. Note how Robert Urich's name is misspelled on the cover as "Ulrich." He passed away too early a few years ago. I think his character gets killed early on. 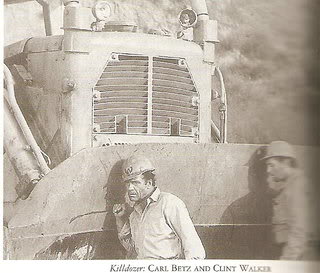 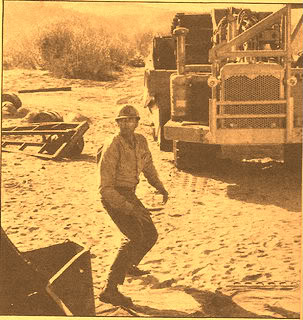 I got a huge kick out of this telefilm when it aired on TV back in the seventies; the alien threat was unusual and scary. These days, after so many hostile alien films, this one seems very quaint. Since it takes place in an isolated spot with a small number of construction workers, there are no female characters, not even as extras or seen in the distance. Stephen King copied the concept for his story Trucks, then film Maximum Overdrive (1986). There is a very sobering coda at the end - the survivors will probably be convicted of murder; there's no evidence to the contrary. BoG's Score: 6.5 out of 10  Stars: Clint Walker, Carl Betz, Neville Brand, James Wainwright. 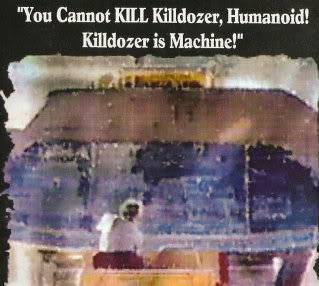 I also have a softcover story collection of Sturgeon's works, published in 1996 by North Atlantic Books, titled "Killdozer! vol.III:the Complete Stories of Theodore Sturgeon" which I've really got to get into. 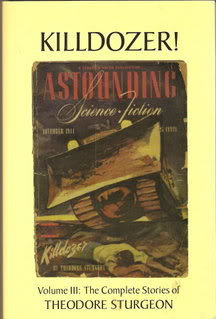 Other stories in this one are titled "Blabbermouth"; "Medusa"; "The Bones"; "Crossfire"; "Noon Gun"; "Memorial" and "Bulldozer is a Noun."
There's also an afterword by Robert Heinlein (of Starship Troopers, Stranger in a Strange Land).