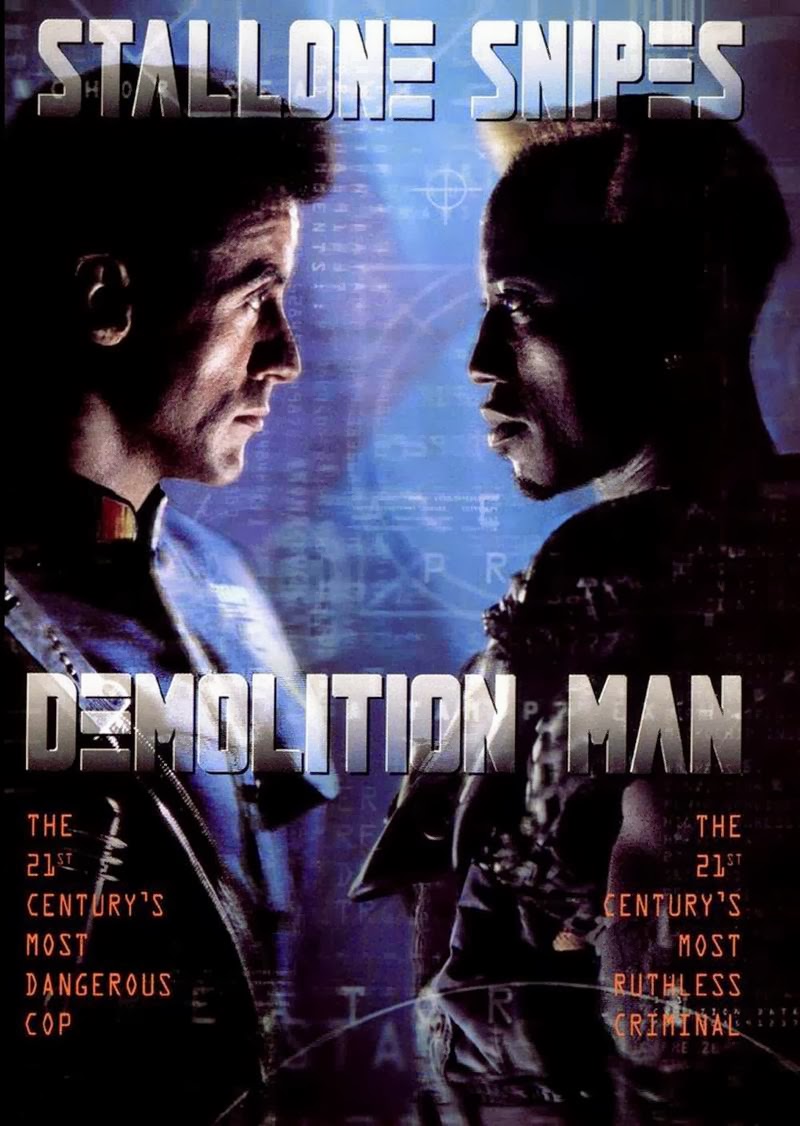 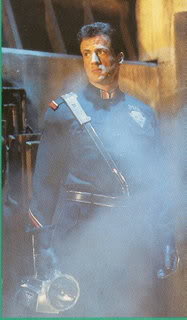 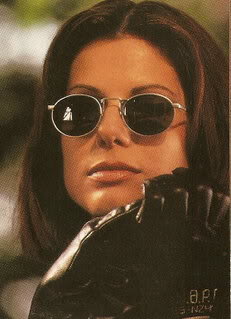 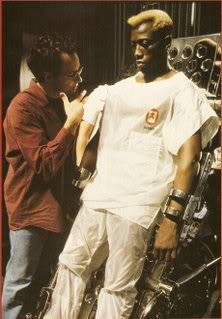 I checked this out again after a gap of about half-a-dozen years. I always found this one to be entertaining and even wondered that it didn't have more fans - it's a smooth mixture of action & comedy. It also has some true sci-fi concepts: in the future of this year depicted (2032), society has shifted to extreme PC and slight totalitarian methodology, as a response to extreme anarchy in previous years (the film actually begins in L.A.-1996, just before Stallone & Snipes are placed in deep freeze for 36 years). 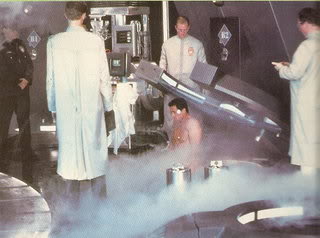 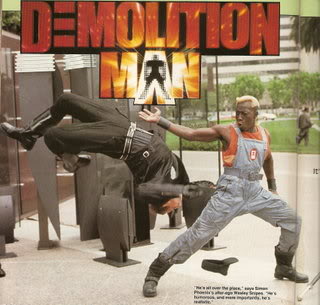 There was a 'Big One'-an earthquake-in year 2010; uh-oh. "THE Earthquake" as Bullock says. There's also a stark division between the classes - the elite wealthy and the desperate hungry poor (again, see HG Wells' The Time Machine and then Fritz Lang's Metropolis, as well as the Star Trek episode The Cloud Minders).  This all takes place in San Angeles, a mega-city of California which apparently stretches from where used to be Santa Barbara to San Diego, with what used to be L.A. the center. The crazy criminal, Simon Phoenix (Snipes), suddenly breaks out of confinement during parole review and goes on a crime spree, the timid police force unable to handle him. The amateur historian and bored cop Huxley (Bullock) gets the idea to also revive supercop Spartan (Stallone), a different breed from a different era. 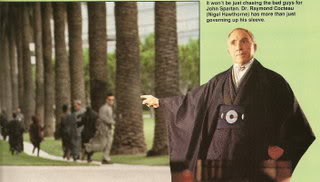 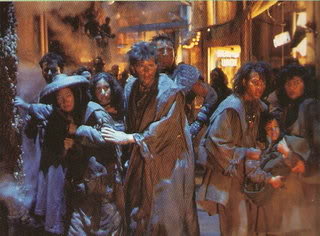 Something happened in the past 6 or 7 years since I last looked at this. I guess I really have gotten older. All the concepts as described above seem to be presented in a more comic book style to me now. These ragamuffin lower class anarchists, for example, are not a worker class; they don't work; they simply don't want to conform because - what--because Denis Leary tells 'em how it is? Leary says his lines like he's still performing a stand-up comic act, not because he's a rebel who stands for something. The main elite, Cocteau (Nigel Hawthorne), is some social genius who put this new violence-free society together, but is presented as a snide, mustache-twirling (figuratively) villain who frees Phoenix (Snipes) to deal with Leary the Rebel and endows him with lethal kill-kill abilities so that he can commit multiple acts of murder; was this sophisticated leader just bored? Maybe he had to indulge in repressed violent feelings, but none of that is suggested; he's simply a 2-dimensional dictator by the end who hadn't thought things out to the end. 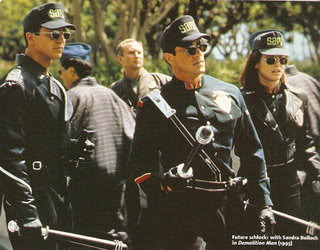 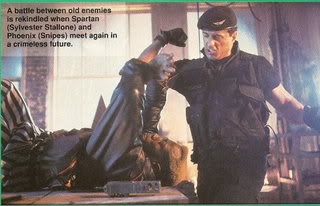 I still like this film - it's quite amusing in places and Bullock is a delight here. This was just before she became a big star in Speed (1994). She has such an engaging personality. Stallone is also very good; this film, though only a modest success, was thought of as a comeback for him due to several previous films which were duds. He's the prototypical bull-in-a-china-shop here, smashing things, to the consternation of the overly civilized new citizens. Snipes is a bit over-rated; he's quite one-note here, the standard loudmouth villain (note his line early in the film, before being frozen, about how he would lose his head if it weren't attached - some foreshadowing?). Most of the bits regarding this new polite society do work, especially the penalty for using profanity - very inventive. But, is this a worldwide society? National? Or is this just in San Angeles? Is San Angeles a nation unto itself? Too complex a question for this film? 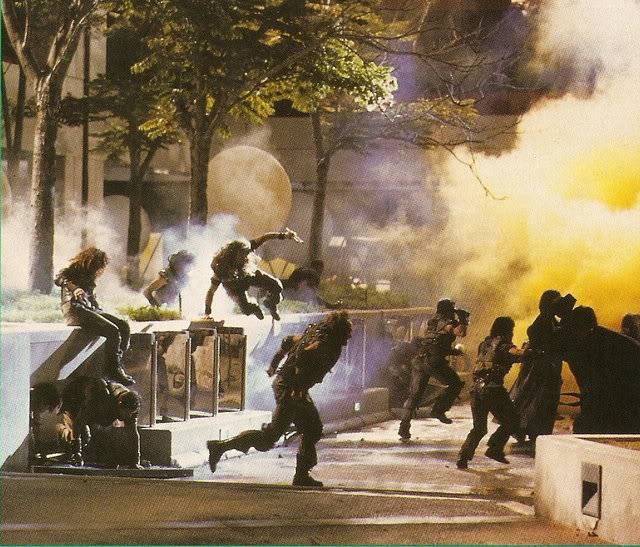