THE NEW TWILIGHT ZONE 1985-87 on CBS; remaining episodes syndicated
This was the eighties revival of the Twilight Zone concept, an anthology series which took us, once again, on travels to another dimension - a dimension of mind! (btw, there was no opening narration during the start of each show this time, during the credits - the opening sort of aped the images of the original show, with similar eerie music). The narrator, after the credits, during most of the episodes was Charles Aidman, who had appeared in a couple of the old episodes. 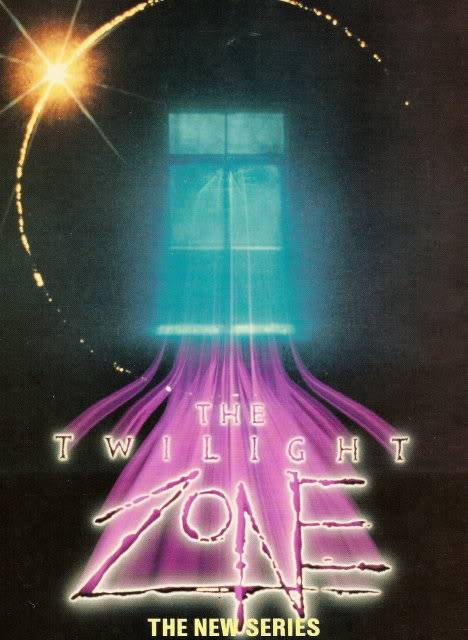 The timing back then, early to mid-eighties, seemed good. Twilight Zone The Movie (1983) had been released and, though the reception was lukewarm, it still served to underscore how the old sixties TV series from Rod Serling was still on everyone's mind. Marc Scott Zicree's book, the Twilight Zone Companion, all about the old show, was also published a bit earlier. The new Twilight Zone series changed the format from the old: each episode fit a one-hour time slot, but was divided into 2 or 3 story segments. Each of the titled episodes is actually a segment of an episode, 15-20 minutes long, on average. Some are even shorter, at under 10 minutes.

Things looked promising and others were getting into the act: Steven Spielberg's Amazing Stories also debuted around this time. Everyone seemed hungry for diverse tales of the fantastic. Harlan Ellison was even on-board the new TZ as a creative consultant, though he soon parted ways over another argument with the network. The show did attract some first rate talent in the writing dept. and big-time film directors such as William Friedkin. I was actually surprised at how good some of the episodes were; there were poor ones, of course, but even the old series had its share of dull ones. There were a few remakes of the old episodes, but not many; most of the stuff was really new. 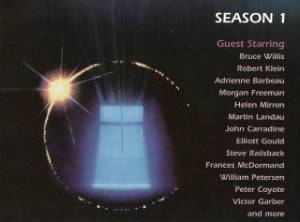 Now, not all the episodes can be looked upon as science fiction - there were nightmarish tales, surrealistic tales, morality plays, all-out fantasy and so forth, but some of these were science fiction in the purest sense - some of the most pure TV sci-fi ever produced. As with the original series, the best of these caused us to recheck our reality and sit back to wonder about a few things after the episode was over. We might even think, maybe this revised approach to reality, as presented in such-and-such episode, are the way things really are. Well, maybe not. But, it would be cool if it were that way.

As mentioned, actor Charles Aidman narrated most of the episodes (as each began right after the credits and usually as an episode ended), at least, for the first couple of seasons. Another voice actor was employed for the later syndicated episodes, which were produced in Canada and were more cheaply made. A DVD set of the first season was released in 2004, followed in 2005 by the remainder of the episodes. The filmed episodes had been transferred to video tape and there are no existing old film prints/negatives of these, so we're lucky these exist at all, in DVD format.