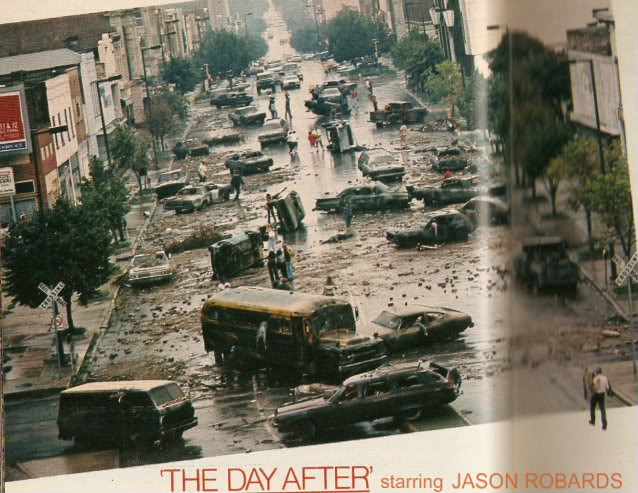 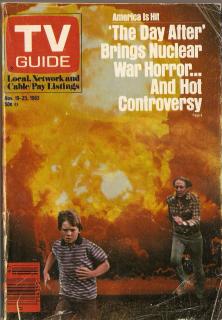 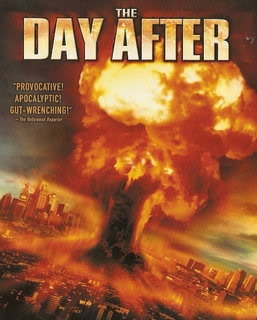 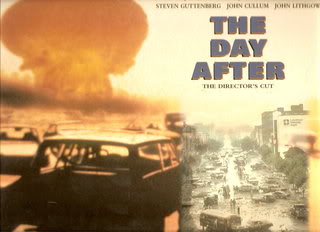 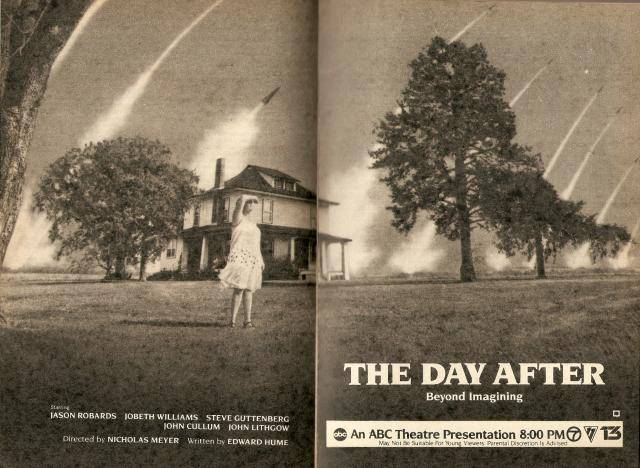 I remember this as an event for television back in November of 1983. My family prepared to watch it in anticipation, after hearing a few things, such as that some scenes would be fairly intense. Millions of other families watched along with us; it was the highest-rated made-for-TV movie up to that point, I believe, in terms of audience numbers. The film begins a couple of days before the nuclear war, taking place in and around Kansas City, USA. There is ominous talk on the news, on TV & Radio, about events taking place around East Berlin; the Soviet Union & the U.S. are exchanging threats and ultimatums. All the characters become increasingly nervous as the news seems to get worse, not better. 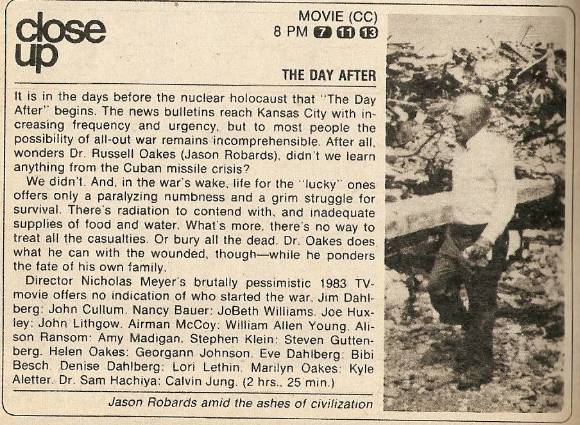 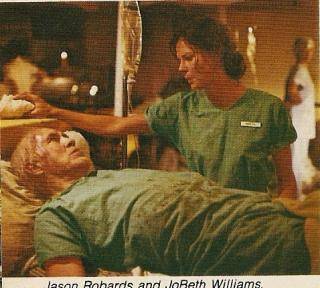 There are no main characters, but, by default, one is perhaps the doctor played by Jason Robards. He leads a comfortable upper-middle class existence with his wife, a grown daughter who is about to move away and a son we see briefly on a football field. The other is a farmer played by John Cullum, patriarch of a small family about 40 miles from Kansas City. He also has a wife (Bibi Besch) and his daughter is about to marry a local young average guy (Jeff East, who played young Clark Kent in Superman). Other prominent characters are a nurse (JoBeth Williams) and a college joe (Steve Guttenberg) who ends up at Cullum's farm after the bombs go off. 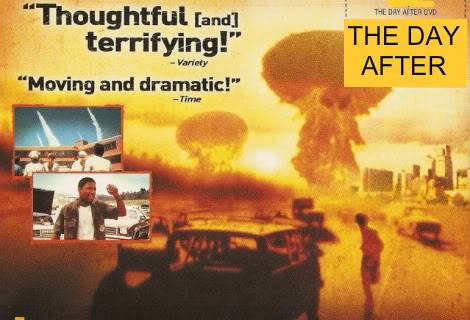 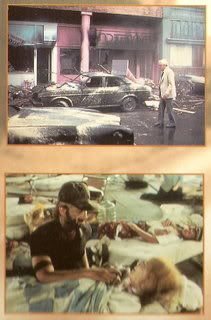 I found it difficult to actually relate to any of the characters. The first hour is kind of by-the-book TV-movie making. Director Nic Meyer, just off of Star Trek II:The Wrath of Khan, said that he did this on purpose - it's purposely banal, bland and depicts almost stereotypical white-bread families. Why? Well, the theory was that if the focus shifted to the great acting by one of the actors, the point of the film would be lost. There is also the issue of TV censorship - there was only so much you could do or show on TV back then. Meyer ran into a lot of problems in regards to keeping certain scenes in, even before the carnage (one scene involving birth control, for example). 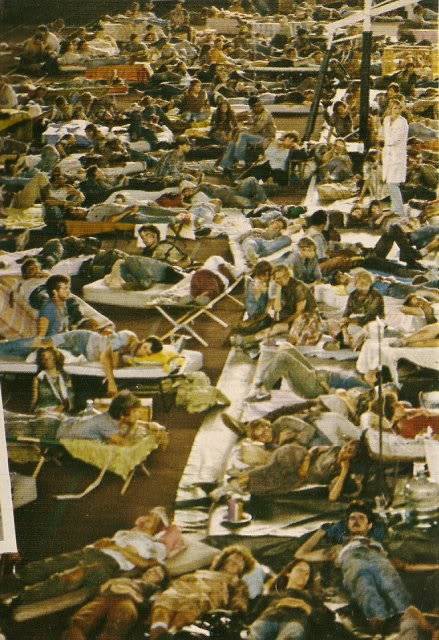 The bombs arrive right at the midpoint mark; Kansas City is destroyed. There was the now famous, sort of iconic FX shot of two nuclear explosions as seen from the interstate highway to Kansas City - Robards' character witnesses this. But, there was lots of stock footage also used (from a film like Meteor, as an example). We see quick shots of people getting disintegrated, their skeletal shapes enveloped in a reddish aura. Some of this isn't completely believable; one running character and a horse are skeletonized, but the surrounding landscape merely turns red - does it burn? Or does it simply disappear? A young couple, also farmers, only 20 miles from Kansas City, are engulfed in a fireball. Those further away are hit with the air blast; Cullum's son is blinded when he looks directly at one of the blasts. Most people appear to have had some warning; Cullum, for example, prepared the basement of his home an hour or so before the strike, packing dirt around the windows.
Then, of course, comes the fallout. It's interesting, though, that the concept of a nuclear winter had not been advanced yet at this point in time. Most of the characters, those that survived the initial blasts, succumb to either radiation sickness or scavengers as the days wear on. There is some semblance of law & order remaining, however; it's not total anarchy, just not enough medical aid or supplies to go around. The filmmakers themselves state at the end that the reality of such an event would probably be worse than what was depicted here. Still, this was an influential film in its time and, along with Testament (1983) and the less-known yet even more stark Threads (1984), had some impact on the geopolitical landscape back then. We will never know - but there's always the possibility that if these films were not made, there might be a few nuclear craters around nowadays. BoG's Score: 7.5 out of 10
NOTE: the scenes of the military personnel going through the motions of preparing and then launching the nuclear missiles was also stock footage, taken from a documentary made a few years earlier. This film, though made for U.S. TV, was released theatrically elsewhere.