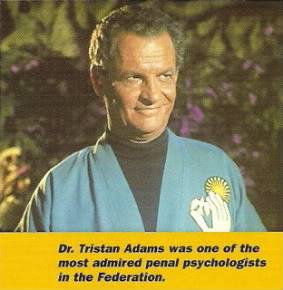 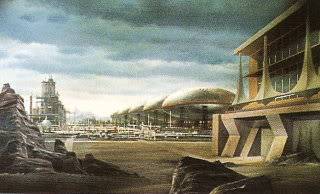 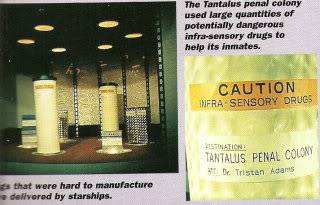 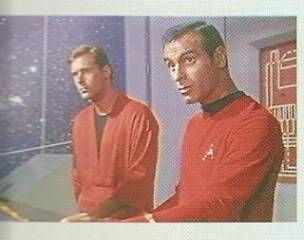 This episode deals with the future of penal colonies and treatment of unstable criminals. Though supposedly such places are much better run in the 23rd century, Dr. McCoy obviously feels we are still far from Utopian with such 'cages' still in existence - but he doesn't offer better solutions. An escape from such a colony (Tantalus V) triggers a routine investigation by Kirk based on vague doubts by McCoy about how the famous Dr. Adams (James Gregory) runs the place. Once again, as in What Are Little Girls Are Made Of?, a starship captain enters the lion's den on his own, with no back-up, except for a female assistant (played by the gorgeous Marianna Hill).
View the episode: DAGGER OF THE MIND on CBS.COM 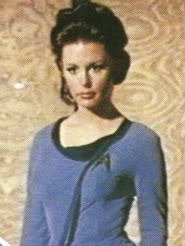 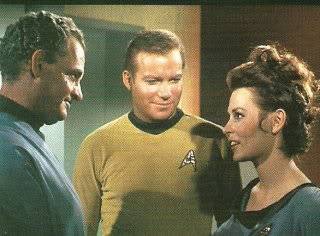 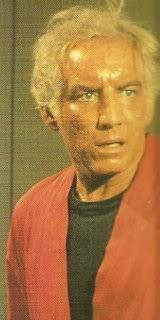 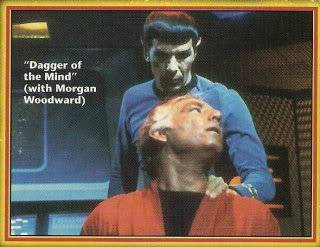 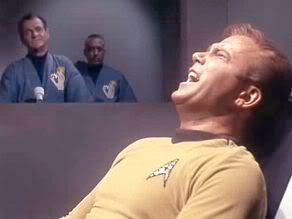 Unlike that other episode, What Are Little Girls Are Made Of?, where the famous Dr. Korby was driven to lunacy by extreme circumstances, no real explanation is given for Dr. Adams' sudden shift to mad experimentation. Early in the episode, it's established that he's a well-known benefactor in the field of penology and psychiatric medicine, accomplishing more in his lifetime than all of mankind previously in these fields. Was he just fooling everyone up until now, hiding such extreme sadistic tendencies as he puts on display in this episode? He comes across as someone on a childish power trip by the 4th act, but there seems to be no motive for this supposedly great man to behave this way. For some reason, he likes to have new subjects placed in a little room and then activate a sinister device, the Neural Neutralizer, to directly attack the subject's mind. Psychiatry seems so... sinister in the future. 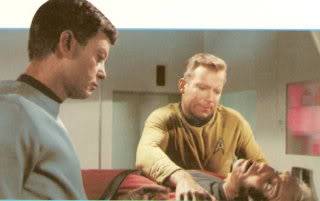 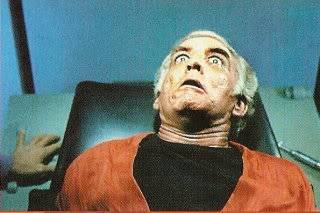 James Gregory is a fine actor and does what he can with a seemingly truncated role, but the one to watch again during this first season is Shatner as Kirk. He's the one who defends Adams while debating with McCoy, almost indicating a kind of hero worship for a man who has made great advances in his field. But once down in the underground colony, his detective instincts take over and Adams is now a target. Kirk proves to be very adept at studying human behavior, more so than his expert assistant, and almost immediately something doesn't smell right to him. He's probably convinced when Adams attempts to avoid the room where the Neural Neutralizer is located - Adams is smooth, but against Kirk he has no chance. 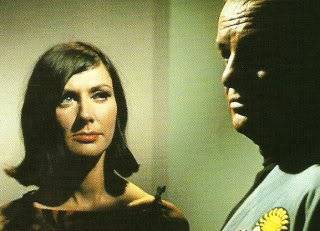 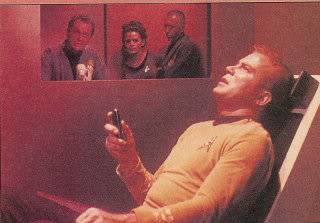 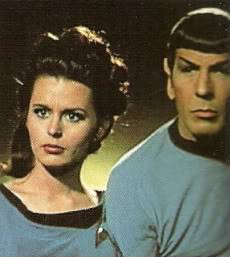 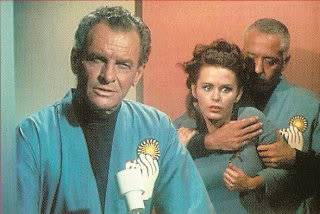 Also on hand is actor Morgan Woodward as Van Gelder, the one driven insane by the mind sapping device; to say his performance is intense is putting it mildly. I still get tensed up watching him struggle against the brainwashing he has endured. The actor showed up again in the role of a starship captain in the 2nd season's Omega Glory. This episode will go down in history (or has already) as the first one with Spock using a Vulcan mind meld (on Van Gelder). It's a testament to Nimoy's acting ability that he infuses such mystique and focus into a scene which could have been sappy & trite. 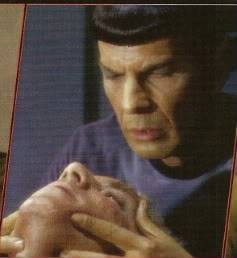 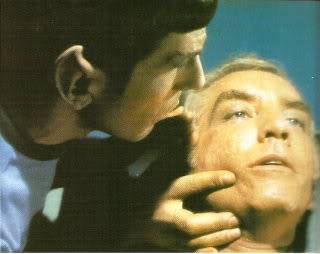 There's also a great scene of Kirk going insane in the little torture room, his crazed laughter signaling the end of an act - it's kind of scary and the audience may think he's permanently damaged going into a commercial break, because we've already seen the loopy Van Gelder. Otherwise, it's another one of those missions which wasn't really a mission, a case which may have been better suited to Starfleet's special investigations unit and is therefore a bit beneath someone who should be exploring the galaxy, looking for new lifeforms. After all this time, I still wonder why Kirk himself was down there, playing detective; was he really the only one on board qualified for this duty? For more insanity in the far future, see Whom Gods Destroy (in the 3rd season). BoG's Score: 7 out of 10 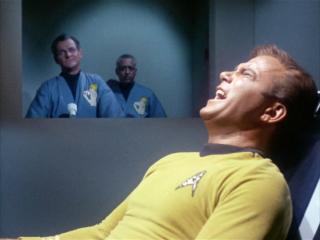 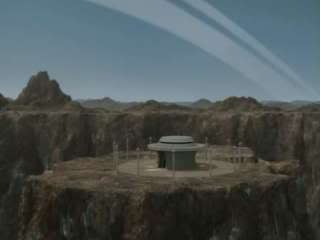 Extra Trek Trivia: in the remastered new FX version of this episode, a new visualization (see above) of the entrance to the Tantalus V colony replaces the old one, which was a re-do of the station first seen in Where No Man Has Gone Before, the pilot episode. The title of this episode is from Macbeth, Act II, Scene 1, line 38 (see The Conscience of the King for more Shakespearean influence). Remastered trailer

Dagger of the Mind full episode

CLASSIC TREK QUOTES:
Kirk: "Have you ever been to a penal colony since they started following his theories?"
McCoy: "A cage is a cage, Jim."
Kirk: "You're behind the times, Bones. They're more like.. resort colonies now."


McCoy: "It's hard to believe that a man could die of loneliness."
Kirk: "Not when you've sat in that room." 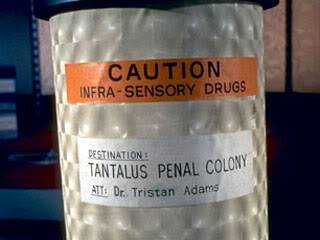 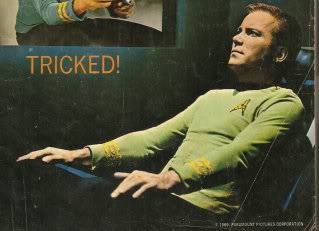