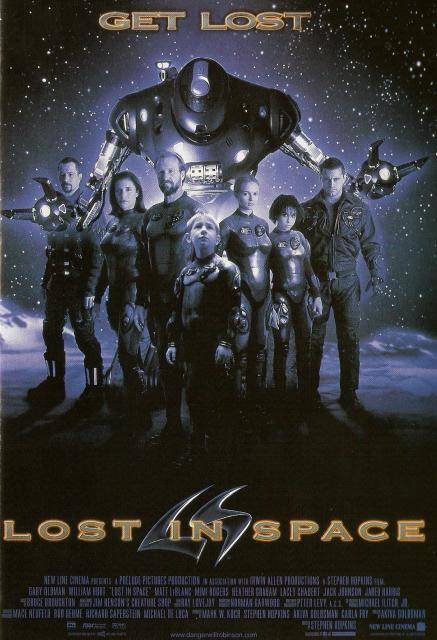 Remake/update of the sixties sci-fi TV show, this starts out promisingly, in the future year of 2058 on Earth, but fizzles out in the last half.  The Robinson family and their pilot, Don, gear up to go on a space expedition in the first act, to find better pastures other than the over-populated, polluted Earth, and end up on a huge derelict spaceship in deep space, encountering metallic spiders. As in the TV show, there's a stowaway - the devious Dr. Zachary Smith (top-billed Gary Oldman). This all is not that bad if perhaps pedestrian as far as space adventures go.  Then the film tries to be ambitious, presenting some kind of time anomaly problem: there are these bubbles of time which contain different time periods; we see future, older versions of Will Robinson and Dr. Smith; Smith, in this future version, has turned into a manlike spider, so the film veers towards horrific story elements. The film doesn't really go anywhere and seems pointless in these later scenes. 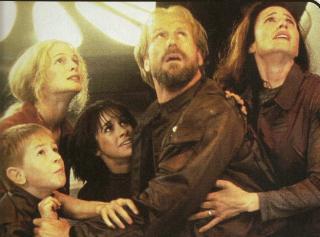 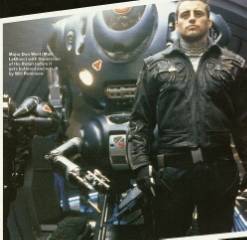 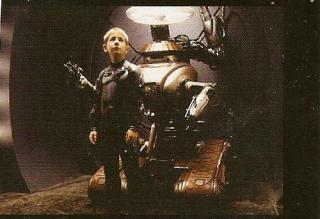 I was surprised at the serious tone of the film - I'm guessing it tried to emulate the earliest episodes of the TV series, when it was straightforward and without the camp; but, it becomes dreary and even depressing by the conclusion. William Hurt & Mimi Rogers play the parents, with Matt LeBlanc (of Friends fame) as Major Don West.  Heather Graham and Lacey Chabert play the daughters, with Jack Johnson & Jared Harris as the two versions of Will.  The filmmakers blew a great chance by declining Bill Mumy for the role of the older Will, and this sort of spells out the overall lackluster tone of the whole film, a lack of energy and imaginative spirit.  The robot, of course, is an upgraded, nineties version of the famous TV robot, though a version of the old one does show up sort of in a cameo (see pic above; for other cameos, see Trivia).  BoG's Score: 6 out of 10 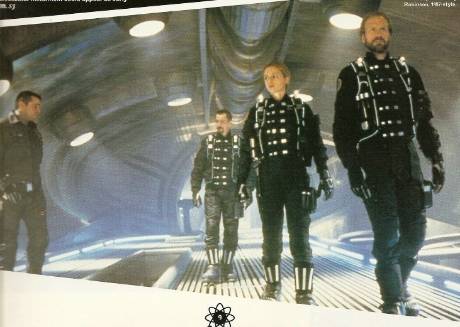 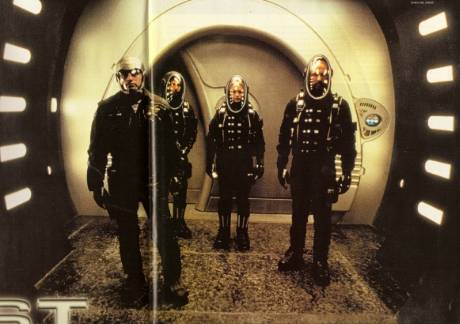 Lost Trivia: cameos by several cast members of the original TV series: June Lockhart as a holographic school principal; Marta Kristen & Angela Cartwright as reporters; and Mark Goddard as a high-ranking military man - Major West's commander. Though this was not a huge grosser, ending as the 30th-highest grossing film of 1998, it is famous for being the first film to knock Titanic out of the #1 weekend spot, where it had been for several months.