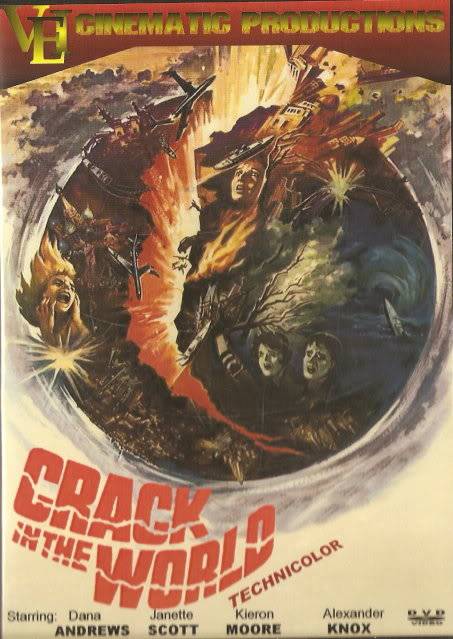 An early, nearly-forgotten film in the disaster film genre (before the disaster film cycle of the seventies), this shows what may happen if modern man-made science has a detrimental effect on the very Earth, making this similar to the much later THE CORE  (2003). The credits begin with what seems like an exaggerated lightning strike/thunder audio effect - the crack of doom! Uh-oh. 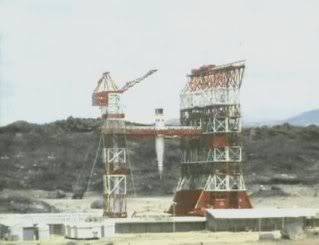 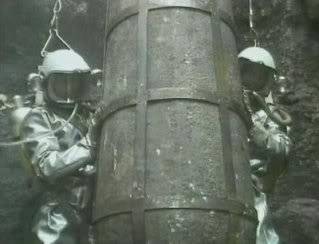 The film proper begins at the underground installation run by Dr. Sorenson (Dana Andrews). He's waiting for approval from the government to fire a nuclear missile deep into the Earth's core and break the crust to the magma, thereby allowing us access to an unlimited energy source (good & plenty for all). His former student & ex-employee (Kieron Moore) is strictly opposed to the whole plan; he predicts disaster. Guess who is right? Sorenson has some personal issues regarding his mortality and likely wants to accomplish something no one else has been able to do. He's also married to a much younger wife (Janette Scott); he's got things to prove. Save us from the do-gooders who actually have it within their means to  wreck the world, eh? 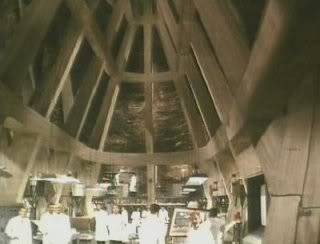 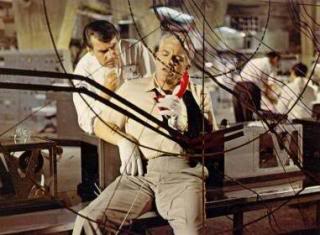 This is the point at which Kieron Moore utters his prophetic phrase, as he tries to explain to an official about a 1000-mile possible crack: "Earthquakes, tidal waves – mass destruction on an apocalyptic scale!" (the style in which Moore utters this has stayed with me for many years - it seemed to predict all the disaster films of the seventies and the nineties). But, it's too late; the missile is fired and it seems to work - the magma comes up and everything is jolly good. Not so fast; the next day, the earthquakes begin; also some tidal waves (we don't see this, which emphasizes how this is a low-budget disaster epic). Moore goes to investigate the next possible point of upheaval and sees a fissure in the ocean; yep, it's a giant crack and it's moving! "We have caused a crack in the Earth's crust," Sorenson admits. No, really? 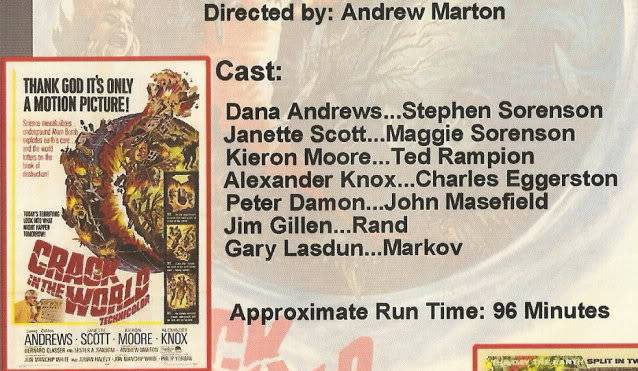 There follows what seems like stock footage to me, of forest fires, poor little animals fleeing... Moore explains to the officials that eventually the Earth will be ripped apart - I think this means we would end up as another asteroid belt, like the one between Mars & Jupiter. Someone better come up with a counter plan - I believe it has to do with more atomic explosions; or maybe hydrogen bombs?  And magma; and falling into magma. There's also a scene of a train failing to cross a tottering bridge. This film is a very serious attempt at such a wild subject matter, despite how it sounds; everyone takes themselves very seriously and they are good actors, so some of it works. BoG's Score: 6.5 out of 10 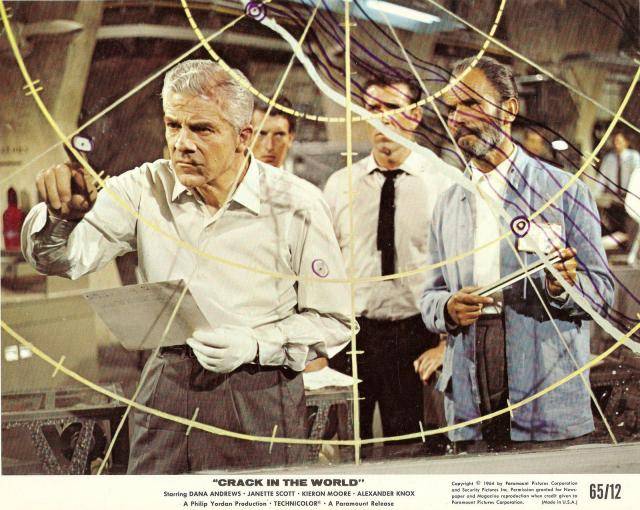