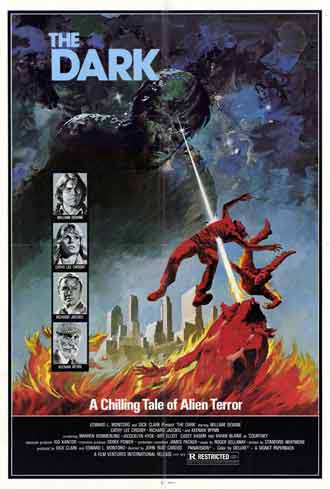 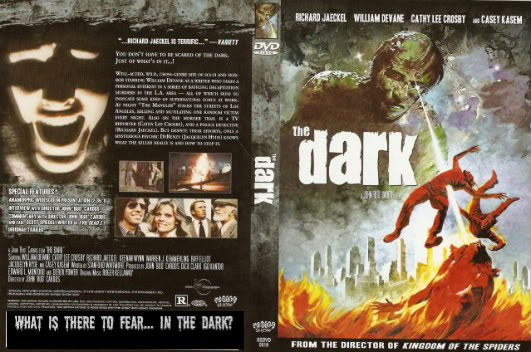 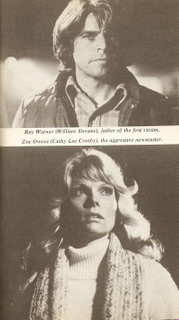 Anyone remember this curiosity from the late seventies? It's unique in that it was not meant to be a Sci-Fi picture at the beginning. The original intent was a horror film, with the huge killer being a psychotic who ripped the heads off people. In the middle of production, the producers got to thinking about Star Wars and the science fiction craze which began about a year earlier. As most of us know, when producers think, it's mostly about money. Quicker than you can say 're-write!' the entire tone of the movie shifted.

Now the killer was a visiting alien from outer space. So, in most of the scenes involving the termination of a victim, instead of seeing the creature rip the head off, we observe laser beams shooting from the creature's eyes, zapping the victims (there is one exception - one stocky guy does get his head ripped off). However, though most victims are zapped, police characters talk about their heads being ripped off - there was no way to alter the dialog so late in the game.

This impromptu change in the storyline results in a split personality for most of the film.
It's as if someone can't make up their minds: is it a zombie? is it an alien? What the hell is it?
What is this creature's motivation? Is it an alien version of our chameleon, blending
in with the populace until the right moment to kill? (the scenes of the killings are
preceded by some blind man walking around in each case). This does end with a spectacular
battle against the police force, with the alien firing those lethal eye bolts to its heart's content. 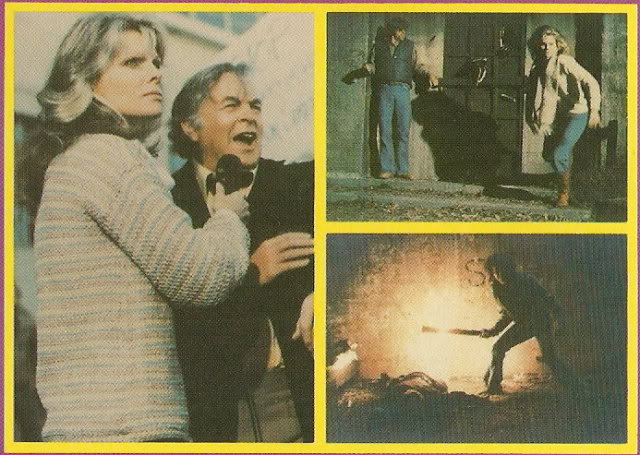 The cast is pretty good for this type of B-movie schlockfest: Devane is either annoyed or strangely amused (strange since his character's daughter is the 1st victim). He spends a lot of time driving around in his corvette, playing detective. Crosby is annoyed as the TV reporter. Jaeckel is really annoyed with everyone as the police detective. Kemmerling as the police captain is annoyed with Jaeckel for failing to find the killer. Wynn as Crosby's boss has possibly the best scene in a dark garage. Kasem, famous as a radio personality, just lends
more oddness to this as a police coroner. BoG's Score: 6.5 out of 10

BELOW: Kasem tries to explain
the gray nature of the zombie killer

Angelo Rossitto spreads the news about a giant zombie killer

Dark Trivia: The monstrous killer was played by John Bloom, who was about 7 feet tall in real life - I'm sure he also played the monster in Dracula vs. Frankenstein (1971). Wait for the narration at the end, explaining mankind's first encounter with an alien lifeform. It's good for another laugh. Yaggh! 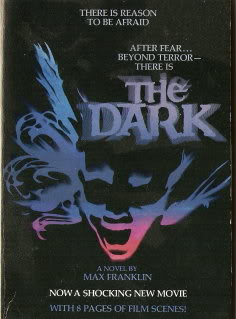 More Dark Trivia: There was a paperback novelization of the film in 1978 by Max Franklin, based on the screenplay by Stanford Whitmore. This adhered to the original premise of a zombie killer. Star Trek TOS actor alert: Biff Elliott, who plays a cop, appeared in the episode The Devil in the Dark as Schmitter, the guy killed by a monster before the credits.