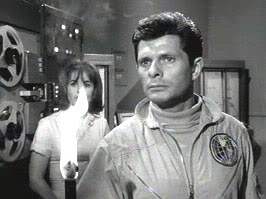 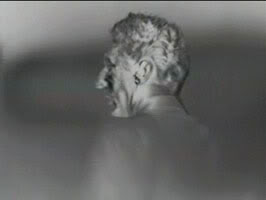 A test pilot (Dewey Martin) breaks more than the sound barrier on his latest test flight - he breaks the time barrier itself, moving about 10 seconds into the future. He drags his wife (Mary Murphy) along into the time warp - she happened to be driving underneath his flight when it happened. To the couple's astonishment, everything except themselves is frozen in time. But, they later deduce that it's not all completely frozen - things are moving forward at an extremely slow pace. It is they who are frozen, trapped 'outside' of time, as everything else slowly catches up to their placement in the future. An added dilemma: they find out that their daughter is about to be hit by a truck. 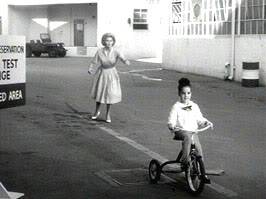 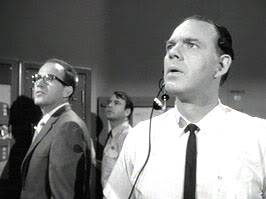 This was one of my favorites on the O L when I watched it many years ago. The episode itself is not very well executed, being on the slow side, but the concepts introduced were one of the earliest of the mind-blowing variety that I encountered in my introduction to science fiction, offering a subversive take on time travel. The episode also introduces a 3rd character (Kay Kuter) stuck outside of time, only he is stuck permanently, forever trapped in a limbo hell. It was a chilling reveal and still is; it was copied a bit by the great 12:01 short film in 1990. Writer Ib Melchior also used this premise in The Time Travelers (1964), released just before this episode. BoG's Score: 7 out of 10
Outer Trivia: the new Twilight Zone in the eighties had an episode, A Matter of Minutes , with a similar plot, but more whimsical. Dewey Martin played a much less decent astronaut in the old TZ episode, I Shot an Arrow into the Air