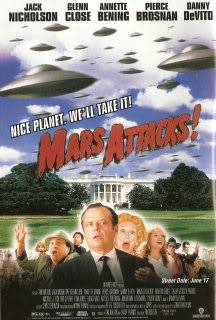 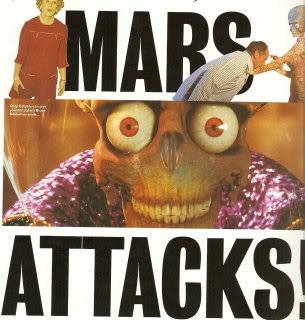 JACK NICHOLSON as the Prez

A lot of stars - this movie is filled to the brink with'em; it's very much like all those disaster films or like Independence Day that same year (ID4 was the summer film that year, MA was the X-Mas holiday film). Most of the roles, however, aren't well written and most of the big actors aren't able to do anything with their parts. Right off the bat, I'll say that Nicholson is a disappointment in both his roles; he underplays his President part and hams it up unfunnily as the Vegas opportunist. This may have been a chance for him to have two death scenes in one film, but that's it. 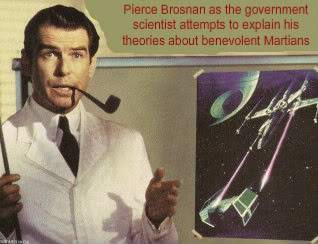 Glenn Close isn't able to be anything more than bitchy in her part. Brosnan, just starting as the new James Bond a year earlier, plays the stiff heroic scientist who isn't able to be heroic; he smokes a pipe well. Bening is wasted in the role of a new age beatnik. DeVito has a throwaway 5-minute cameo; I dunno why he's credited so high. Jim Brown & Pam Grier play it straight, as if in another kind of film. 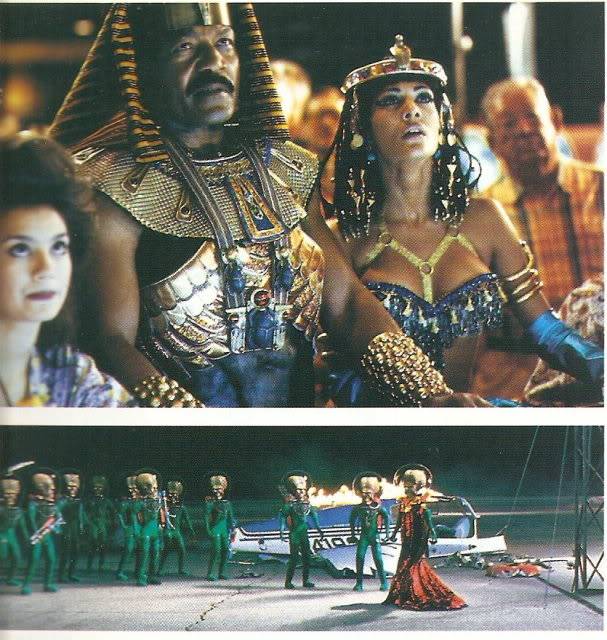 There are some amusing bits: Short is amusing, as usual, as the White House press secretary and Steiger manages to be a hoot as the warmongering general (and as a counterpoint to the peacetime general played by Winfield, also amusing). Tom Jones plays himself in the last act and also manages to be funny. Jack Black's role is brief but this was the earliest sign of his comedic talent. 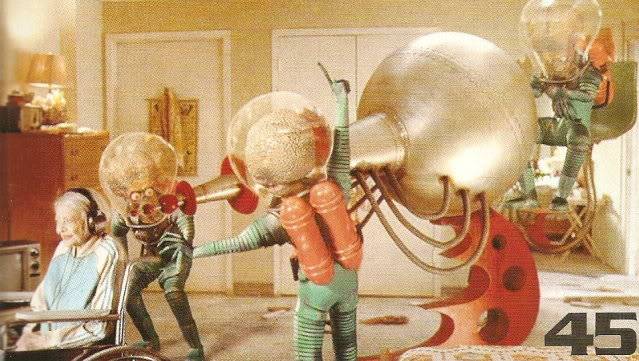 Overall, though, I get the impression that director Burton wasn't sure of what he was doing. This shows in the different styles of acting from all above. The sci-fi card set from '62 on which this film is based was fairly horrific and graphic for its time. Burton chose to temper the horrific aspects (grisly death) with moments of hammy humor, but there's no consistency. The film begins, for example, with the eerie scene of the cattle on fire, an ominous beginning, but in the next moment, the tone becomes goofy. I was never really sure whether to laugh or be shocked during most of the film. BoG's Score: 6.5 out of 10 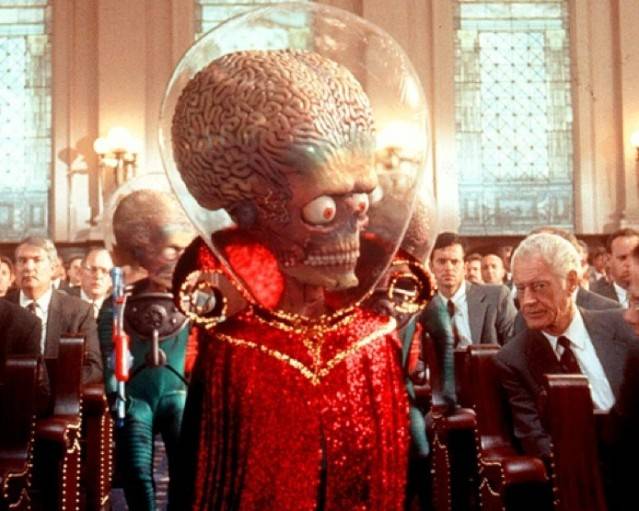 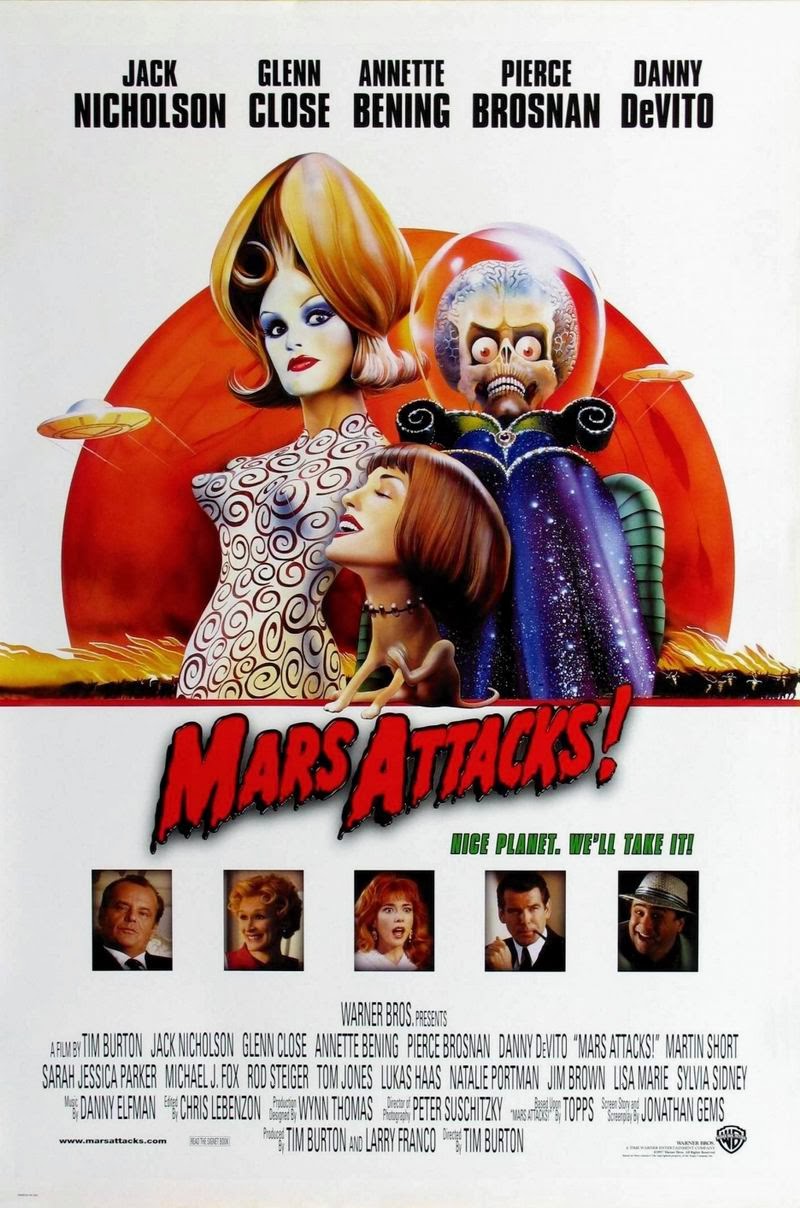