This started out as MUTANT, but the title was changed probably because it tested better that way. Much later - this year - the director's cut of MUTANT was finally released on DVD & BluRay. This was the lower-budgeted follow-up to GALAXY OF TERROR (1981).

FORBIDDEN WORLD epitomized the sleazy & grungy cheap copies of ALIEN (1979) which dominated the early eighties. These threw in a lot of nudity & sex (far outdoing the brief scene of Ripley in her underwear in ALIEN) to try and make-up for the lack of budget and story. FORBIDDEN WORLD, for example, has actress Dawn Dunlap disrobing every 10 minutes or so, as well as a scene of both her and June Chadwick nude together while in a futuristic shower. There's also a lengthy sex scene with Chadwick and Jesse Vint. 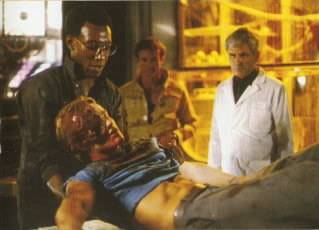 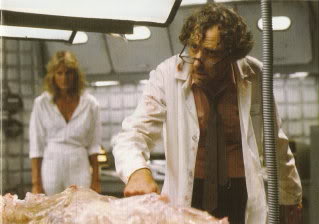 In the plot, a desolate research station on a desert planet is the site of a new lifeform - manufactured DNA combined with human. It wipes out all the test lab animals first and then starts on the personnel; the first victim is the clean-up guy (played by Michael Bowen in his first role; he was in a couple of Tarantino films later). Jesse Vint plays the troubleshooter who is sent in to clean up messes like this, cowboy-style, with help from his robot. The thing is, he is unable to prevent most of the remaining folk from suffering grisly fates, though most of them end up as they do because there's that scientific ambivalence about destroying the creature. 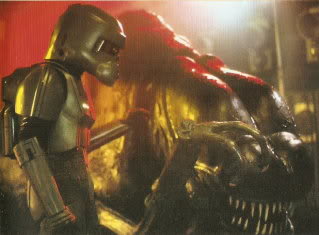 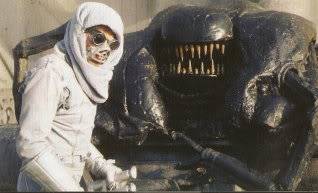 The monster - also called Subject 20 - doesn't simply kill humans, however; there is a detailed explanation of this. It injects victims with this artificial DNA which alters their cells so that they all revert to a simplistic protein mass which divides; this way, the monster would have an endless food supply - nice, eh? Chadwick is one of the scientists who ends up wanting to speak with the creature - not a good idea. Scott Paulin is the head of security who spies on Vint & Chadwick as they do it; he doesn't do a very good job. Linden Chiles is the head scientist; Fox Harris is the coughing scientist who ends up contributing his liver (don't ask). 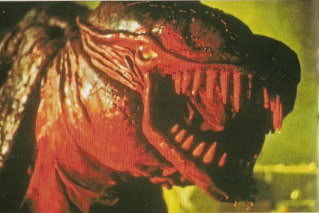 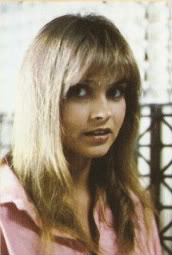 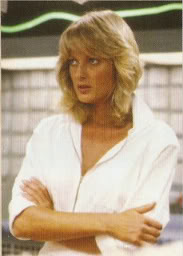 There's a lot of karo-syrup or whatever they use on display and some strange editing. The editing is evident at the very start when the hero is dreaming while in hibernation; there are quick flashes of events from later in the film, as if he's having a premonition. For some reason, this sequence reminded me of one from A CLOCKWORK ORANGE (when Alec is daydreaming about violent images) - maybe it was the music. Oh, yeah - the music; that also tends to be a little weird in places. BoG's Score: 6 out of 10

Forbidden Trivia: as one of Roger Corman's cost-cutting methods, still standing sets from GALAXY OF TERROR were re-used for this, with some repainting here-and-there; most of this was filmed on New World sets, but one sequence was filmed on location - looks like the same spot as was seen in the Star Trek TOS episode Arena.