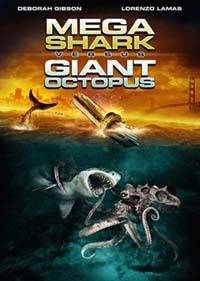 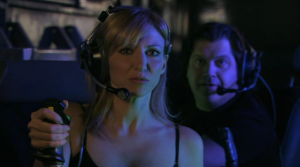 The 'ultimate' giant sea creature battle originally aired on the SyFy Channel a year  ago.
http://en.wikipedia.org/wiki/Mega_Shark_vs._Giant_Octopus 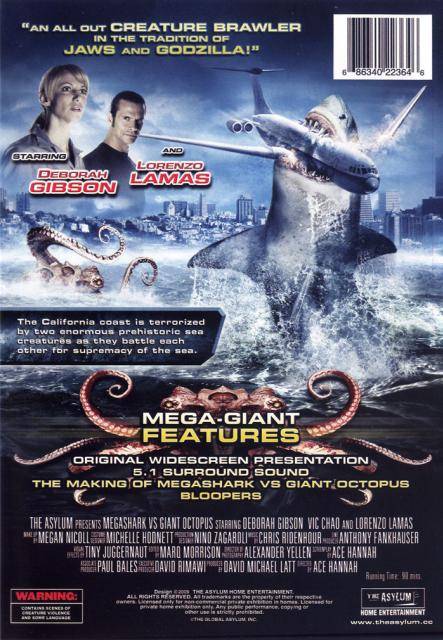 There have been quite a few giant shark (Megalodons) and giant octopus TV movies in recent times, usually showing on the Sci-Fi nee SyFy Channel. This was an opportunity to combine the two concepts for double the whacked-out fun: gee, what would happen if a giant shark tackled a giant octopus? These two are natural foes - or so I hear. And, neither back down for nobody! See how this works?
I've seen this one-and-a-half times. It stars Deborah Gibson (a.k.a. Debbie Gibson, eighties pop star) and Lorenzo Lamas. I think the writer consciously tried to copy the plot of the classic It Came From Beneath the Sea in a few scenes. Gibson, as a sharp & perky oceanographer, gets the hots for a Japanese scientist and the two of them do it in one scene even as the world totters on the brink of destruction, recalling the love triangle in the old film. The Wikipedia entry describes it best: "While working at a naval laboratory to develop a method for luring the creatures, MacNeil and Shimada become attracted to each other and have sex in a utility closet; the incident makes them realize they can attract the creatures using pheromone chemicals."

Lamas plays an a-hole government military man (one of his early strategies is to use nukes, since conventional weaponry doesn't seem to be working; the smart, good scientists come up with the alternative). There are also obvious similarities to the famous scene in It Came From Beneath the Sea (when the octopus attacked San Francisco & the Golden Gate Bridge): the humongous shark takes a bite out of the bridge in this version. This is low budget so the FX shots are very quick - maybe a few 2-second shots - and not very realistic. In fact, one shot of the bridge from on-shore, from the north side, doesn't have the shark in the shot even though it is already biting the bridge in the previous shot. 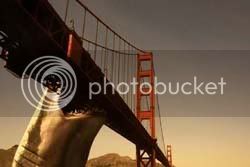 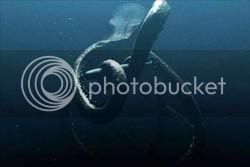 In the plot, the two prehistoric beasts are accidentally released from their deep freeze near the Arctic. The shark is at least 200 feet in length as depicted here, probably even bigger, while the octopus is big enough to pull down oil rig platforms by its lonesome or handle submarines like toys. It's 2 big monsters for the price of one! I guess this aims to be the ultimate B-movie big monster picture and succeeds particularly well with the bad acting and lousy dialog. There's also a very annoying technique used, that of shaking the camera during several action scenes - this is really overdone, as if the cameraman lost some control.

There is also one scene which must have come about when the writer simply thought 'well, this has never been done before, so let's show this' - the shark leaps out of the water to attack a low-flying commercial airplane. Yes, Flying Giant Shark! Yeah, it's wild, but I would think such a big predator would have much easier pickings in the water - maybe it was really hungry. The final strategy, of course, is to pit the two creatures against each other, like the old 'irresistible force meets immovable object' gambit. Yep, the two big monsters rumble at the end, as the world trembles.