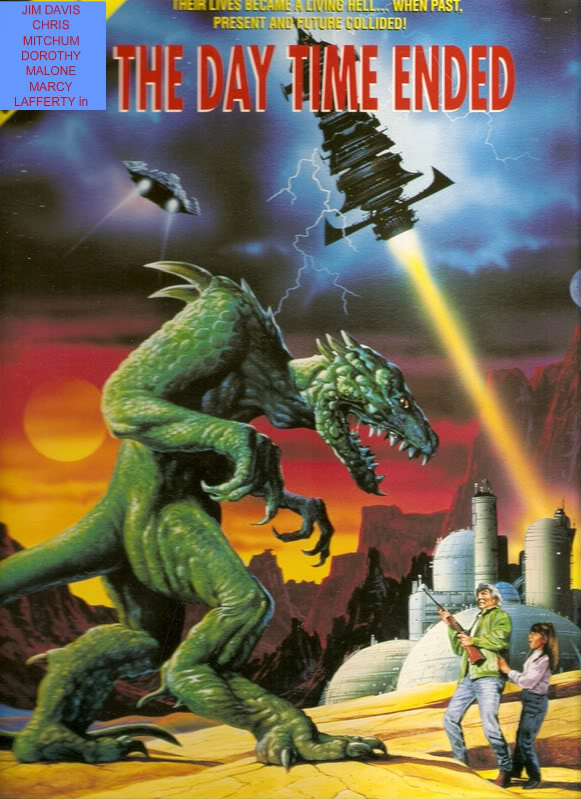 Directed by JOHN 'BUD' CARDOS.
Do not be fooled by the impressive poster art above. This is about as low budget as a sci-fi film gets. Dave Allen contributes some stop motion animation creatures, similar to his work in LASERBLAST (1978). This was originally to be titled 'VORTEX' but was changed probably because the producers were afraid no one would be familiar with that term. You kind of know what you're in for by the introductory narration; a solemn voice speaks over scenes of outer space about the concept of time, but it makes no sense, being just babbling nonsense.

This is a harmless if somewhat slow-paced sci-fi adventure; there are no overly violent scenes, the worst being Jim Davis sticking a pitchfork into one of Allen's creatures (sort of like in 20 MILLION MILES TO EARTH). In the plot, a family arrives at their just-completed solar-powered modern home in the middle of the desert. There are the grandparents (Jim Davis & Dorothy Malone), their adult daughter Beth (Marcy Lafferty), their teen son Steve, and Beth's daughter. Beth's husband (Chris Mitchum) spends most of the film either away or on his way to the home. The family finds the interior of the house to be in some disarray, as if an intruder went through it, but nothing seems missing. That night, strange things begin to happen. 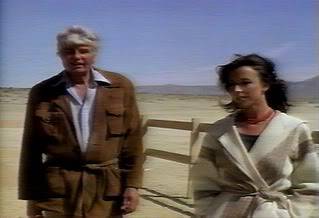 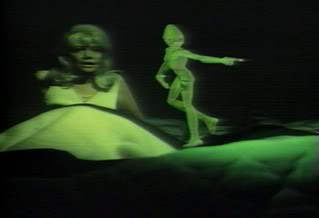 Davis & Malone see what look like UFOs flying over just before they turn in. Strange lights illuminate some areas. The grandparents' bedroom is visited by a miniature alien - the FX here betray a sure limitation; the little creature begins to walk on the bed but then is a few inches in the air, as if an alignment was off. Then, a miniature spaceship or some kind of weapon floats into the house. Their car starts up by itself as they prepare to leave. Beth's daughter seems to be in communication with these forces. The earth quakes. 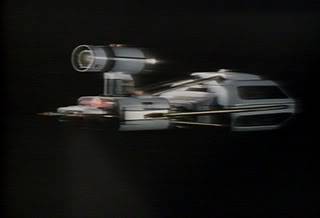 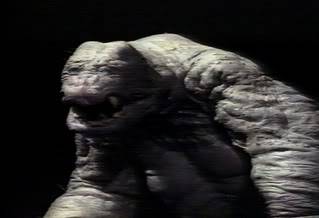 Things get a bit scary with the appearance of a couple of large creatures; these aren't dinosaurs, resembling either alien or mythological beasts (again, like the Ymir in 20 MILLION MILES TO EARTH); the beasts fight, then attack the house. Later, Beth and her daughter disappear and the others experience a shift in time. A collection of old aircraft appear (recalling The Bermuda Triangle now) and then it seems they are shifted to another world. At this point, Jim Davis says to his son, "You know what this is, don't you, Steve?" (pause) "A Space Time Warp!" Oh-kay-y-y.... 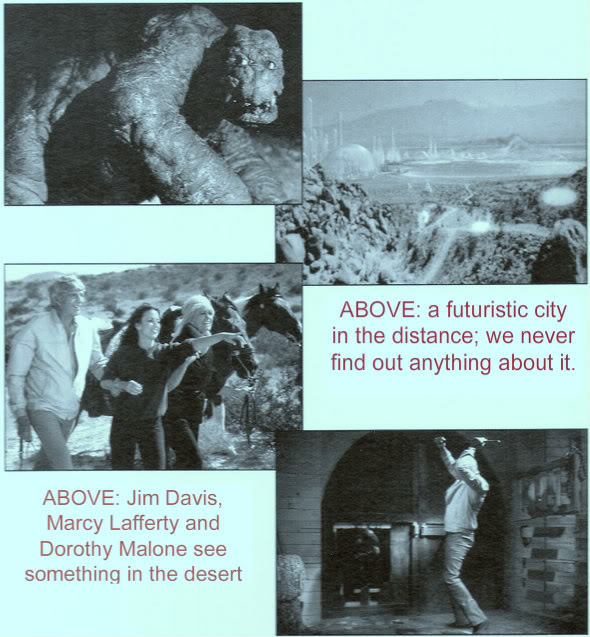 You might read elsewhere in some summaries of this film about some plot against Earth by aliens but, as you may tell by the above descriptions, there are no actual explanations offered. Things just happen, one after the other, with no reasons ever revealed. Even more, I think the producers ran out of time or money. In the conclusion, as the family travels into the desert, Beth simply pops up and tells the others that everything will be fine. She leads them a short ways through the desert, they see her husband and then a futuristic city in the distance. That's it. Marcy Lafferty, btw, was William Shatner's wife at the time. BoG's Score: 3 out of 10