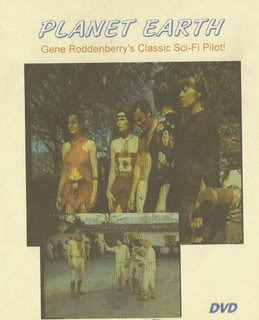 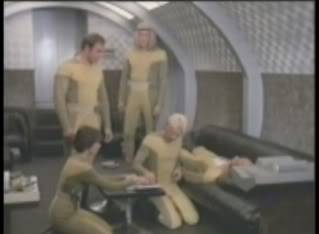 I remember this one well from TV way back in 1974; as with Genesis II, I acquired a DVD-R of this movie about 5 years ago due to my nostalgia over this entertaining little sci-fi adventure on TV: 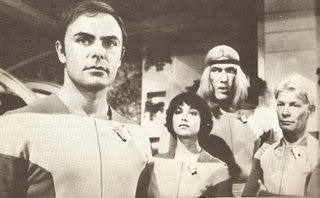 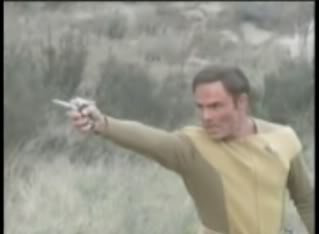 Though this is usually described as a reworking or a redo of Roddenberry's Genesis II of the previous year, it's actually more of a sequel. Saxon just replaced Alex Cord in the main role. He plays quite a different type of character than Cord, much more action-oriented and flamboyant. There's some quick narration at the start to bring everyone back up to speed on this setting in the future and we're into the action right away. 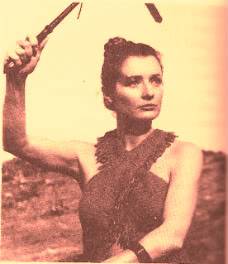 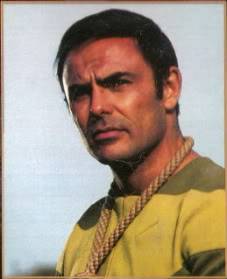 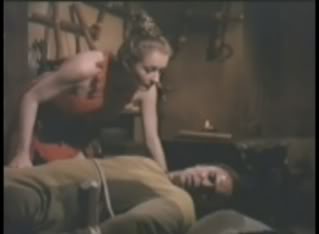 This was kind of a dumbed-down version of Genesis II, almost for the kids or the teens, but I do find it to be more entertaining. I'm guessing Roddenberry had been instructed to present much more action than his previous effort; too bad it still didn't result in a TV series. The story introduces us to the latest future mutants: these ugly bastards drive around in 150-year old tricked-out autos and pretend that they're in the military - picture dirty WW2 grunts mutated into slightly reptilian creeps with bad attitudes. Saxon spends much of the movie fighting them with karate moves. 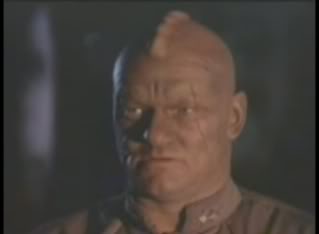 But most of the story focuses on a pre-industrial-type confederation dominated by a matriarchal society. The women rule over all the men by keeping them drugged with a substance they put in their food; all the males are like frightened little rabbits. I mentioned the different spin Saxon gives to the character of Dylan Hunt; this is most evident in the final act, when Saxon seduces the female leader (Diana Muldaur). Saxon seems to be channeling Shatner's Captain Kirk in these scenes; these scenes are straight out of the Star Trek handbook for seducing alien females in the famous Kirk tradition. And I'm betting that's what Roddenberry was aiming for, to recapture some of that magic. It's all very amusing and I still chuckle during most of it. BoG's Score: 7 out of 10

There's finally  a good DVD picture quality edition to this old TV movie from Gene Roddenberry, available on the Warner Bros Archive site. This is the 'full'  version - other versions, probably obtained from repeat showings on some TV channel for DVD-Rs, are missing about 5 minutes of footage. 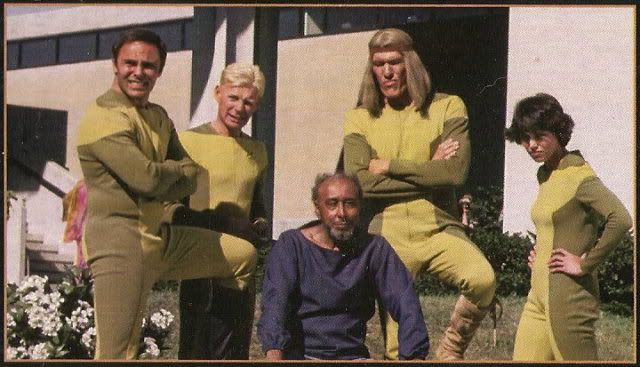 I dunno if I was paying better attention due to the better picture quality, but some details I picked up upon re-watching this: the main character of Dylan Hunt (John Saxon) was placed in suspended animation in 1979 (5 years in the future from when this TV movie first aired). He was awoken in year 2133.  This also stars Janet Margolin, Ted Cassidy and Christopher Cary.
The mutants who behave like a weird military unit and drive ancient automobiles are called 'Kreegs' (sp?) for some reason. Their autos are powered by a converted wood-gas fuel system. The female-dominated society's confederacy is called 'Ruth' (sp?). Males in this society are called 'Dinks' - a kind of derogatory term, I guess, suggesting stupidity.   "Womens Lib gone Mad?" Dylan muses at one point - LOL.
The advanced & peaceful community of PAX is visualized differently in this version from the earlier Genesis II. In the earlier movie, the community was mostly underground. In this, it's an attractive city outside in the open air, with modern-looking architecture, sort of blending into the natural surroundings - I noted carefully-placed vines/vegetation on some stairs, for example.
There are a few amusing scenes throughout the movie. Dylan, for example, ends up owned by the female leader, Marg (Diana Muldaur), causing jealously from her main slave. "Does the mistress wish something done with this ugly one?" the male slave asks her at one point, referring to Dylan. This reminded me of scenes from the TNG episode Angel One, a first-season episode about a matriarchal society (from Gene Roddenberry, of course). 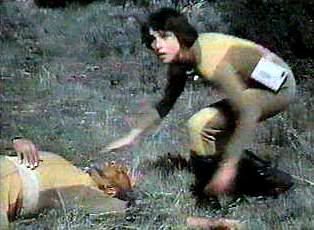 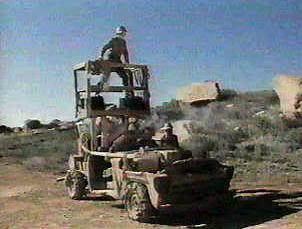 Trivia from Planet Earth:
Star Trek TOS actor alert - Diana Muldaur appeared in 2 TOS episodes, Return to Tomorrow and Is There in Truth No Beauty, but she pretty much avoided getting seduced by Capt. Kirk in both; she also had a regular role later in the 2nd season of TNG (1988), playing Dr. Pulaski.  Ted Cassidy appeared in What Are Little Girls Made Of?