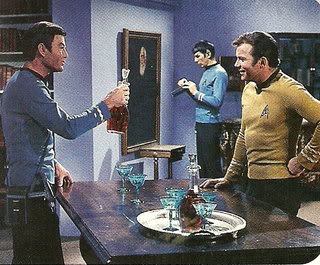 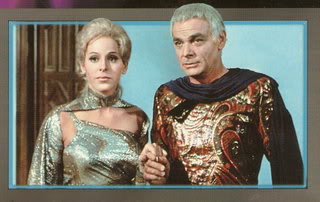 The concept of immortality, frequently tackled in science fiction, is given a run-through by Trek, courtesy of writer Jerome Bixby, who found such a tale eternally fascinating, one might say. This was late in the final season of the show and benefits from Bixby's interesting ideas. The Enterprise crew are racked by Rigelian fever and arrive at a planet to gather raw material for a treatment. The main trio (of course) beam down and encounter Flint (James Daly), seemingly sole occupant and owner of the planet.

His actions and motives are mysteriously strange throughout the first 3 acts of the episode; he appears hostile at first, but then shifts his attitude to that of gracious host, unveiling his legal ward (Louise Sorel), a young female whose parents died while in Flint's employ (so he says). Kirk is immediately entranced by this girl of great intellect, who also seems very naive. By the way, the exterior shot of Flint's big castle-like house is a rerun from way back to The Cage, the 1st pilot for the show (at least, until the remastered version with new computer FX). 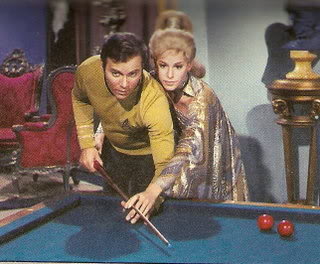 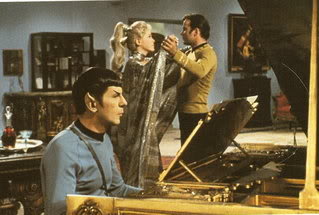 Flint, it turns out, is just using this name as the latest in a long line; he was previously known as Da Vinci, the composer Brahms, as well as Solomon, Lazarus, Methuselah and Merlin, besides a hundred others. Spock had deduced as much after studying Flint's paintings and musical compositions, which were all created recently, using 23rd-century materials: Flint was born about 6,000 years ago, on Earth. For reasons never explained, he is some kind of a mutant, an immortal - he found this out from way back in his first identity, when he recovered from a fatal wound. This backstory is somewhat familiar, used in other sf novels, series or films ("Highlander"); there was even a comic book series "The Eternal Warrior" much later, which itself copied a series of novels. But this episode was a fairly early version of such a concept. So what do you say to a 6,000-year-old man? If you're Kirk, you fight him over a girl 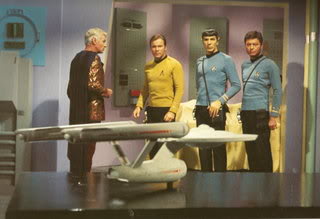 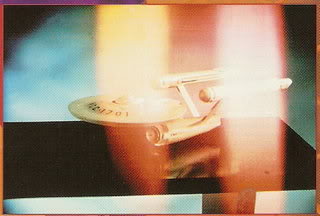 This episode does give an intriguing glimpse into the possibilities inherent in living a life made up of centuries rather than just years. The actor Daly gives a good performance as the immortal man, projecting a weariness associated with such a huge lifespan, as well as the great knowledge he must have accumulated over the millennium. It's curious that he still resorts to 'tests of power' and brute strength in certain situations, despite all that he's learned over his long life. What information can be gleaned from such a being! 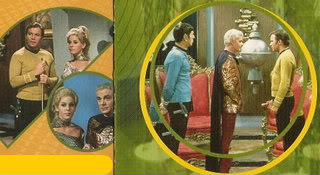 But, this is not where the focus of the story diverts to. I blame this on Kirk, of course. He seems unable to control his rampaging libido by this point in the series (late in the 3rd season) and I suppose it's fortunate this was just a 5-year mission: had Kirk continued in this direction for a few more years, he would have turned into some kind of crazy space-wolf Lothario (or perhaps he was having flashbacks to the events of The City on the Edge of Forever). 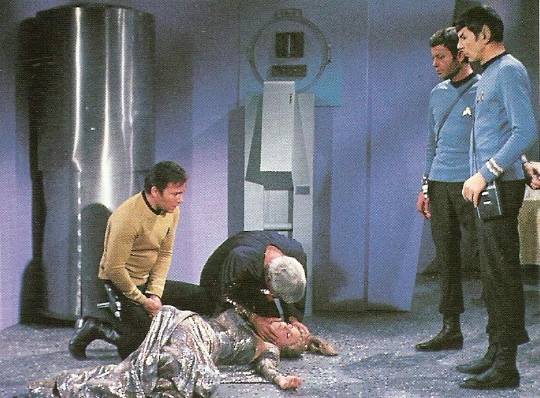 Everything shifts to Kirk's fascination with Flint's female companion in the 2nd half of the episode, an obsession that occurs in the span of a couple of hours (representing the dichotomy of such a short time frame when compared to Flint's eternal existence). Flint spent centuries working up to this moment and Kirk ruins it in so short a time - because he's a normal human being; for him, life is short, things happen fast (well, still too fast, I would say).
REQUIEM FOR METHUSELAH remastered footage:
Yes, Kirk feels towards the end - forget Flint's vast knowledge, forget the suffering crew - all that matters now is if I get the girl. Spock, sometimes annoying in his logical point of view, probably should have pressed Kirk even more in this episode. It's also interesting (and revealing) how protective both Spock & McCoy are of Kirk by the end, as if he's their younger brother, needing their special care at times. 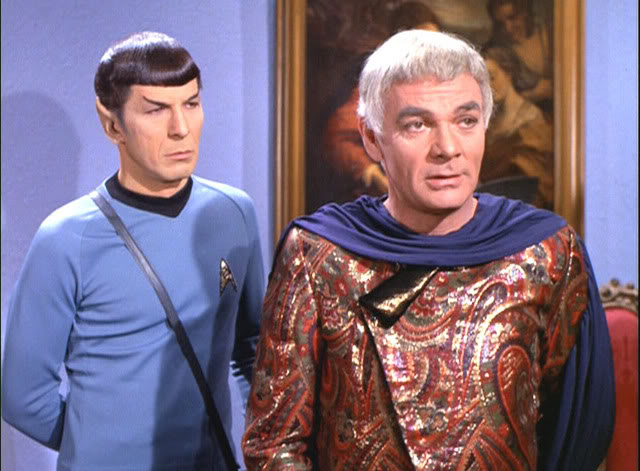 Extra Trek Trivia: The writer, Bixby, followed this up with the similar "Man From Earth," his last work, recently made into a film, which can almost be looked on as a prequel to this episode. In fact, the character in that film even resembles a younger-looking Flint (younger by a few centuries). Bixby also wrote the fan favorite Mirror,Mirror. Just before joining the cast of Star Trek, Walter Koenig appeared with actress Sorel in the episode of Mannix, "Delayed Action." BoG's Score: 8 out of 10 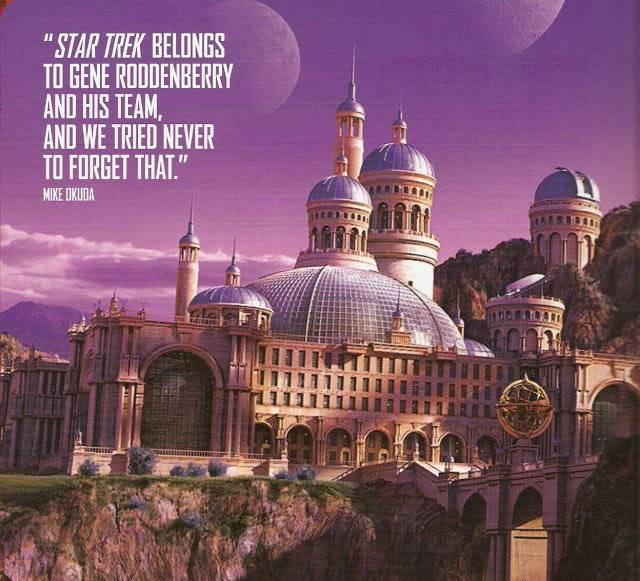